William A. Mitchell Invented All Your Favorite Trashy Food

“How does this man not have a Nobel Peace Prize?”

~Our Official Statement Regarding William A. Mitchell 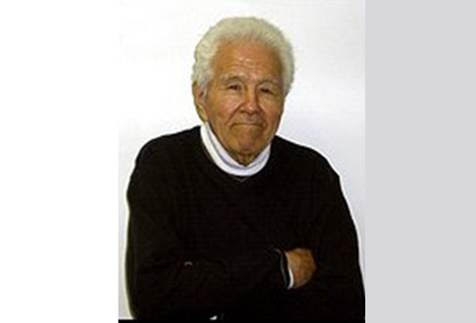 America is a nation of innovation. We gave the world smart phones, microwave ovens, lasers, the internet, and the secret recipe for Coca-Cola. Not only that, we’re a nation that encourages invention. We all grew up listening to stories of Thomas Edison (though, unfortunately, he turned out to be a massive dick who once killed an elephant in order to make his rival look bad), Alexander Graham Bell, and even George Washington Carver who literally became a household name because he invented a lot of ways to use a fucking peanut.

Which is why it’s frankly shocking to us that not everyone in the United States knows the works of William A. Mitchell, the food chemist for the General Foods Corporation who invented so many products that we adore today. We don’t want to give too much away, but let’s just say that this is the guy responsible for both Tang and Pop Rocks. We don’t use the hero too often around here (actually we use it all the fucking time), but those two inventions alone are enough to classify William A. Mitchell.

So we’re going to go ahead and make sure you always remember the name of the most prolific food chemist of the 20th century.

William A. Mitchell Invented All Your Favorite Trashy Food

William A. Mitchell was born into a world demanding quick, easy-to-make meals that could last through a nuclear winter, which was actually a thing that people were worrying about pretty much constantly at the time. Entering the world on October 21, 1911 in Raymond, Minnesota through a chemical process known as “birth,” he grew up working on his father’s farm.

When his father passed away early in his childhood, his family moved to the town of Rocky Ford, where an eight-year-old Mitchell could be seen harvesting crops for local farmers. By his teenage years, he was sleeping two hours a day while attending high school by day and working with sugar crystallization tanks for the American Sugar Beet company at nights. William A. Mitchell was one of the few people who could get away with one of those “you youths today have it so easy, back in my day…” speeches.

He worked as a carpenter to put himself through college, attending Cotner College in Lincoln, before going to the University of Nebraska for a master’s in Chemistry. Once he got his degree, he began working with the Agricultural Experiment Station in Lincoln. Now, we all have had a lot of bad first jobs after school.

Some people have to take jobs in fast food, or at coffee shops, just to pay the bills. But once again, old Billy Mitchell has you all beat as far as shitty first jobs go—while working at the Experiment Station, the lab exploded, leaving Mitchell with second- and third-degree burns over most of his body. 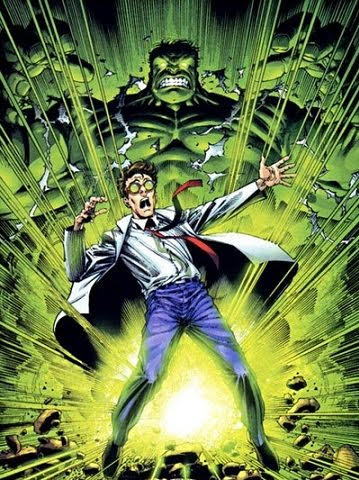 Wait, a scientist who was caught in a horrific explosion while working? Where have we seen that before…

Mitchell recovered from his injuries (and, again we can’t discount this, possibly gained superpowers) before going to work for General Foods in 1941. One of his first hits with the company was a tapioca substitute for troops fighting in World War II—tapioca comes from cassava, and with cassava pretty hard to ship in what with the whole “global war” thing, soldiers weren’t able to get tapioca, which apparently was something that bothered people in the days before Doritos.

Mitchell’s tapioca substitute, a combination of gelatin and various starches, was known as “Mitchell’s mud” on the front lines, and apparently was way more complicated to synthesize than you’d imagine. But that was just a preamble. The 1950s and 1960s would bring some of his most important contributions to American society.

First, in 1956, Mitchell was attempting to create an instant carbonated drink by mixing sugar and water with pressurized carbon dioxide, where he encountered an unexpected result. The end product, a series of small sugared crystals, retained the carbon dioxide and would snap, pop and fizzle when exposed to water.

Pop Rocks, and literally a million articles on the internet reminding us that Little Mikey from the Life cereal commercials did not die from eating Pop Rocks with Coca-Cola, were born. 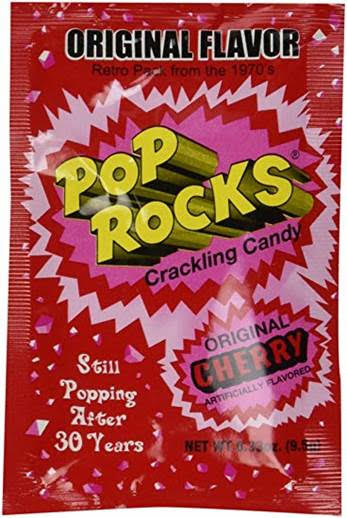 While Pop Rocks have been a part of this world since the 50s, they didn’t see the light of day until much later. Mitchell patented the confection in 1961, and General Foods sat on it until 1975, where it received a tepid response and was pulled from the market in 1983.

Kraft Foods bought the product two years later, and reintroduced it to the market, where the 80s finally figured out that popping candy crystals is the most 80s candy imaginable. Of course, Mitchell wasn’t responsible for the naming of the brand—his patent list the product as ‘Gasified Confection’ which, if that isn’t the name of a punk band yet, someone better get on that shit fast.

Inventing a dessert for the troops and following that up with goddamn Pop Rocks is enough in our book to label you a hall-of-fame inventor. But our guy Mitchell wasn’t even near done. In 1957, he created an a fine powder. This powder, whose dry weight was 94% sugar, could be mixed with water to create a bright orange, sweet liquid. That’s right, your boy Mitchell created TANG. 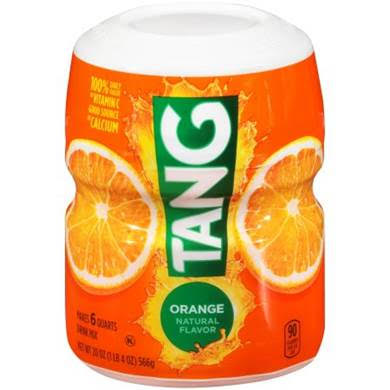 You likely grew up with the belief that Tang was created for America’s space program, but you’d be mistaken. The correlation between Tang and space exploration really has more to do with NASA making Tang a household name than anything else—it was first used for John Glenn’s Mercury flight in February 1962, five years after its invention.

It was brought in space because, as a powder (though a liquid version did also exist), it could be easily added to the water previously on board without adding much, if any, weight to the spacecraft. Did Mitchell invent it for this purpose? Almost assuredly not. To be honest we kind of get the impression his job was more to invent random shit, and let the marketing department figure out what to do with it.

(This is the part where every discussion of William A. Mitchell inevitably points out Buzz Aldrin is on record as saying, “Tang sucks,” and honestly, we’re not going to disagree with him on that. Still, space drank!) 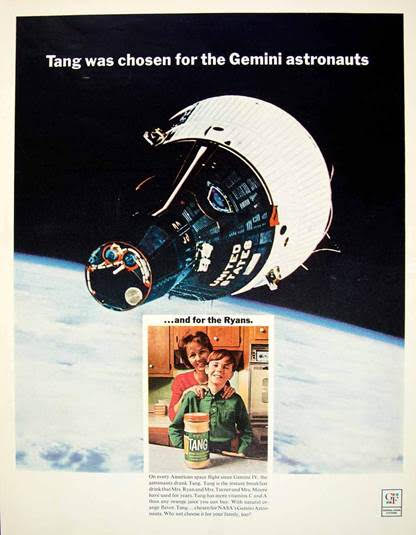 Ten years and dozens of patents went by before Mitchell’s next banner year. That’s not to say that he wasn’t inventing his ass off, just that a lot of his work involved finding random uses for various starches that didn’t always have an immediately practical application for, you know, normal people food.

That is, until 1967, when Mitchell had another year of back-to-back hits. First, he invented an Instant Jell-O that could set in far less time than the typical four hours—typically you could have your Jell-O ready in less than 90 minutes using his patent that took powdered gelatin that could be set with cold water. So if you’ve ever bought the kind of Jell-O that doesn’t need boiling water to set, you’ve used his invention.

But that doesn’t hold a candle to…Cool Whip. At this point we’re having a hard time finding shit that wasn’t invented by Mitchell. The man basically invented every overly sweet dish you were obsessed with as a kid. 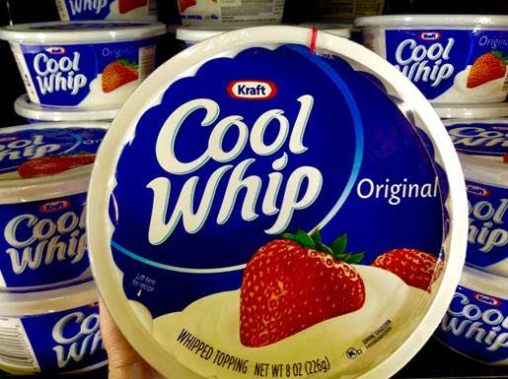 Mitchell had a few other inventions later in his career. In 1969, for example, he created a “dessert-on-the-stick” out of a thick dessert powder that could be turned into room-temperature popsicles (shockingly, that ‘sounds like it was made for war-time rationing’ product didn’t take off). He made a carbonated bubble gum called Increda Bubble, and he made an unsuccessful stab at the coffee game with Dacopa, a healthy coffee substitute made from powdered dahlias.

He retired with is wife Ruth to California in 1976 after a career that granted him over 70 patents before passing away at the age of 92 in 2004, leaving behind seven children (including a daughter who creates milk substitutes such as almond milk at her own food production company) and a legacy that, frankly, is not nearly large enough. We must change that. Remember the name William A. Mitchell, because if you end up stocking up for the inevitable apocalypse, you’re probably going to be bringing most of his inventions into that bunker with you.

One response to “William A. Mitchell Invented All Your Favorite Trashy Food”