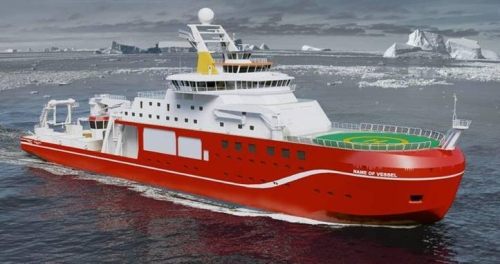 Pretty much the whole world remembers the time in 2016 that the British government got the brilliant notion to crowdsource the internet to name their new $287 million polar research ship, and the internet, being the internet, overwhelmingly went with “Boaty McBoatface.”

It was a silly, goofy, harmless little internet prank that has since spiraled a bit out of control, since now everything that exists in the world falls into two camps—things named “Something McSomethingface” and things that people overwhelmingly voted to be named “Something McSomethingface” before the powers that be stepped in and said, “No we’re not doing that, that’s stupid.”

Our official stance on this phenomenon is, sure it’s getting kind of old, but it’s funny and stupid, and we thrive on funny and stupid, so we’re all for it.  In fact, as our service to the internet, we’re going to look for anything we can find that has some sort of Blanky McBlankface name, and put it here in one continuously edited article, so you too can see how much free time our staff has on their hands.

And yes, we will be maintaining this—if at any point we come across a new vehicle or animal or thing that actually got named some version of Boaty McBoatface, we will add it here.  And if you, our loyal readers, find something, feel free to leave it in the comments, or email it to us at americafunfact@gmail.com.

Now, before we begin, a few ground rules.   No, we won’t include items that won a fan vote but weren’t ever used, like that time people tried to name a school Schoolie McSchoolface.  And we won’t be listing dumb pranks like SoccerCity SD purposefully having people vote to name their MLS team Footy McFooty Face.  And we definitely will try to avoid posting fake news names, like the story that never actually happened about the Chinese Gorilla named Harambe McHarambeface.

Will some fake ones make this list accidentally?  Eh, probably, we’ll do our best to minimize that but it’s not exactly going to cause us to lose sleep at night.  And finally, we won’t be including people’s Twitter handles or fake Facebook profiles, even if that means that we have to unfortunately leave the guy with the screenname “Racist McShootFace” who bid $65 million for George Zimmerman’s gun off our list.

But otherwise, anything goes, including pets, drawings, and a whole bunch of stuff that we will be pissed off for agreeing to chronicle two years down the line. 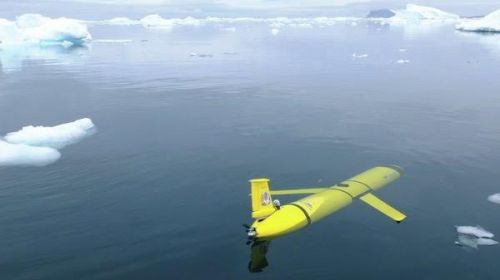 The one that started it all.  Of course, this isn’t the first instance of this naming convention, but it’s the one that really popularized it.

Now at first blush, this would not qualify for the list since when everyone voted to name the boat “Boaty McBoatface” the English government basically was like, “Ha, no, we’re not fucking doing that.”  But when that was met with outrage, because the internet takes smart people and makes them petulant stupid children, they went ahead and named the lead autonomous underwater vehicle operating out of the RRS Sir David Attenborough (the final approved name) Boaty McBoatyface so people would just shut up about it.  We’re pretty sure it’s the only AUV that has its own Wikipedia page. 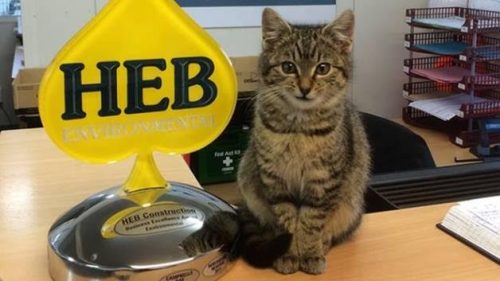 When workers of the Waikato Expressway transport team in New Zealand found a stray kitten, they did the standard, “Can we keep her?” and, surprisingly, had their bosses say, “Sure, have it stay outside as pest control.”  And when they asked, “Can we name her Catty McCatface?” their bosses even more surprisingly said, “I don’t fucking care, name it whatever the fuck you want, why are you wasting so much of my time about a cat you guys found?”  And so, they adopted Catty McCatface in the summer of 2016, and she’s been lounging around their offices ever since.

On 4/20 of 2016 in Denver, a goose decided to set up a nesting area alongside the steps of the Denver City and County Building, which is definitely not how you expected that sentence to go when you read the words “on 4/20 in Denver.”

The good folks of Denver decided to ignore the fact that geese are evil tongue-toothed monsters, and decided to rope off the area and allow the mother hen to tend to her eggs in relative peace.  And then Mayor Michael Hancock put a Twitter poll up asking what to name it, and of course the end result was Goosey McGooseface.  Only in this instance, they decided to roll with it, and that became her actual name.

By the way, it’s weird how all these McFacey things on the list so far have been girls.  One boat and two female animals.  Weird coincidence.  Anyway, moving on,

We do not know how to properly describe Parsey McParceface, an open source language parser made by Google that very probably will have a profound impact on how AI structures language.  Even typing that sentence gave us stair-sweats, it’s way outside our pay grade.  Our wheelhouse is more dick jokes and starting internet feuds with fake news outlets.  So we guess just take us on our word that this is a thing that exists, and it does super fancy computer stuff, and Google named it Parsey McParseface almost exclusively for the lulz.

This is so fucking stupid.  And yes there are mugs and cards that say Mummy McMum Face and Hubby McHub Face and Shooty UsintheMcfuckingface, but we’re not going to list all those out in this article.  So no we’re not going to type out every variation, we’ll just include the general “store that prints shit with McFace on it” and place it here.  Do not buy mugs from these people, they are annoying and bad.

This is a food blog from a mom in Dallas that, as far as we can tell, only exists as on Facebook.  As of this writing the woman who runs it has 48 likes, but she’s only had the page since August of this year.  Anyway, it counts for the list!

Just a random thing made with Blocks that someone named Steven An put on the internet, but it’s a thing that exists that has the name, so it counts.

Similar to the last entry, this is an image made by Will Byargeon of Austin, Texas that was put on dribble.com.  It’s been viewed 228 times as of the writing of this article.  It’s pretty neat.

This was no naming contest—some owners of a thoroughbred horse in Australia were like, “Let’s name the horse Horsey McHorseface, if he wins it’ll be hilarious.”  And then he won a race, and merriment was had by all.

We frankly have no idea what this “show” is, as its footprint on the internet is basically just a Facebook page with 205 likes as of this writing, and a Twitter feed with 116 followers.  It seems to be the beginning stages of what will eventually be either a children’s book or a children’s TV show about, we’ll quote, “A magic zookeeper traveling the world with [their] cousin, Bella, and [their] Grandpa to save animals near and far, big and small!”

We… we don’t yet know where the waffles come in. 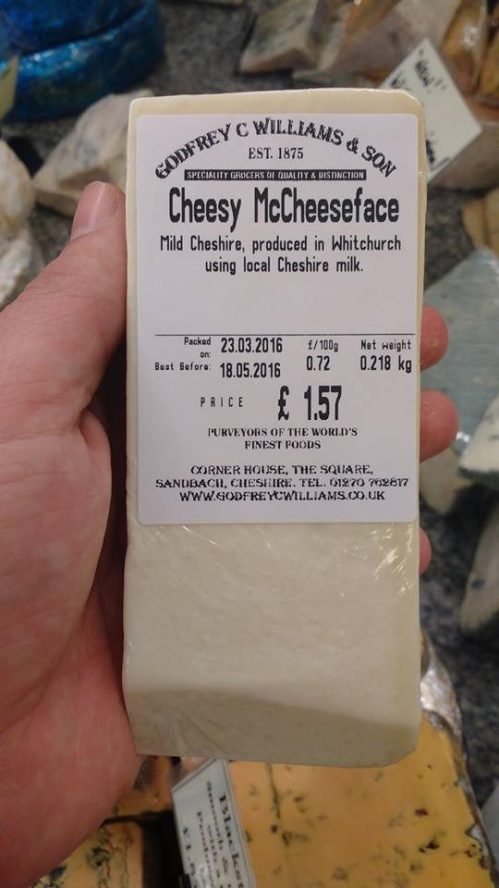 Okay, so it’s just a Tweet about some farm that named one of their Cheshire cheeses Cheesy McCheeseface, which is funny and we would buy it just for the name, but damn that is a great price on cheese there.  That’s a fucking steal.  We’d buy that cheese in a heartbeat. 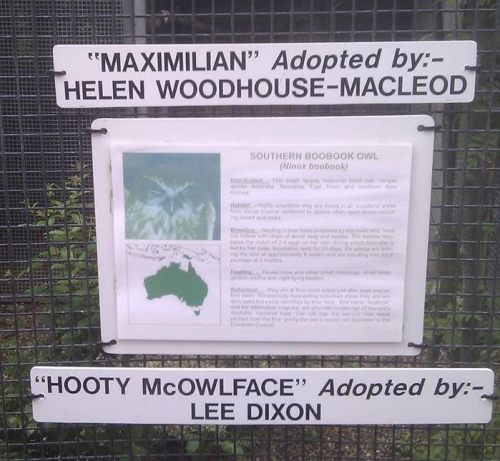 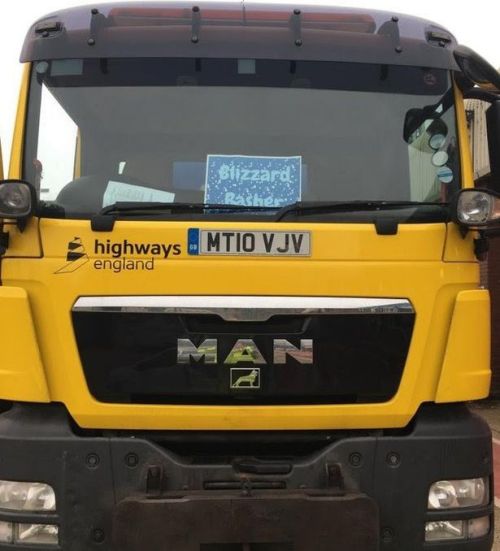 When the M25 roadway in England purchased a bunch of gritters (like, a salt and sand spreader) and snowplows, they asked the public to come up with names. So naturally we got Gritty McGritface.

List to be populated continuously with new entries as they come in.