A Brief, Incomplete History of the American Basketball Association (No, The OTHER ABA): Part 3- The Defunct Teams

“If someone forms an ABA team, but no one watches it, does the team exist?”

We’ve posted a few articles so far telling you about the revived American Basketball Association, with its hundreds of teams and its general lawlessness. Many of you have responded, “So what, why do you care so much about this league that no one watches,” to which we say you clearly aren’t drunk enough to get it, man. But seriously, this league is hilarious, and we love it, so we’re going to continue talking about it until we run out of absurd teams to talk about.

In this particular instance, we skimmed through the 350+ teams that have formed and disbanded in the league’s 17-year history to find the ones that are particularly hilarious to us.  And so we present part three of our four-part series on the new and improved (?) ABA.

A Brief, Incomplete History of the American Basketball Association (No, The OTHER ABA): Part 3- The Defunct Teams

We don’t know what a RimRocker is, but it sounds like a sex act that’s illegal in most of the deep south. So naturally the team hails from North Little Rock, Arkansas. They formed in 2004, posting a 32-5 record in their inaugural season before winning the ABA Championship.

Honestly, they’re just one of many teams that have won the title in their first year and then somehow disbanded shortly thereafter, which speaks further to the truly democratic and lulz nature of the ABA. This league is so so ridiculous.

In the case of the RimRockets, a name we still can’t figure out why we can’t stop giggling at, they left the ABA faster than the hot shy girl left her high school sweetheart as soon as she joined Tri Delt Freshman year. Which is to say, they won the league, realized they could do way better, and left for the NBA D-League right away.

The RimRockers featured several former NBA players, but their two seasons in the D-League saw a .500 and .320 winning percentage respectively, and attendance dropped so low the owner could not afford the lease on the team’s home arena and the team just dried up.

They briefly considered moving the team to La Crosse, Wisconsin, but the city likely decided not to allow the RimRockets into their town, seeing as they don’t really care for that kind of kinky fornication up round there.

The Buffalo 716ers, who played for the ABA in 2015 but currently are a PBL (Premier Basketball League) team, have a stupid fucking name. Like, just a stupid name. They literally named their team after the telephone area code for Buffalo and western New York. That’s stupid, even for areas that take pride in their area codes.

Chicago named a beer after their area code, and were like, okay that’s enough, we’re not going to name a team after that, because that’s even stupider than naming our team the Sky. Hell, Ludacris, probably our leading expert on area codes, and the hos which reside in them, would take one look at this team name and be like, “Oh that shit’s dumb.”

Anyway, they are the fourth minor league franchise to show up in Buffalo, where they play at the Burt Flickinger Center (lol, nice name, dork) in downtown Buffalo, and are owned and coached by Tawan Slaughter, an awesomely named Buffalo native and former WNBA player. So yeah, they get props for having a female owner and coach, which is pretty cool, but again, that name. What a crap name.

You know your team is impressive when the only sign of their existence is a logo that ‘s made of like, 18 pixels. Anyway, when you hear that Inglewood, California had an ABA basketball team called the cobras, you might feel a bit insensitive saying something like, “What were they owned by famous rapper The Game?  And did they fold after like five games?”

Well, actually, despite your misgivings, that statement happens to be exactly correct.  They were coached by former NBA player, Sean Higgins, who also played on the team (he was like 36 at the time, which means he had some gas left in the tank), and The Game actually does have some basketball pedigree, as he was received a basketball scholarship as a student, and played alongside Baron Davis at Compton High School.

Honestly, they had more going for them than most teams, and it’s a mild surprise they didn’t make it the whole season. Either way, let’s just say we’re pretty sure this is the last time The Game is going to try to own a team. 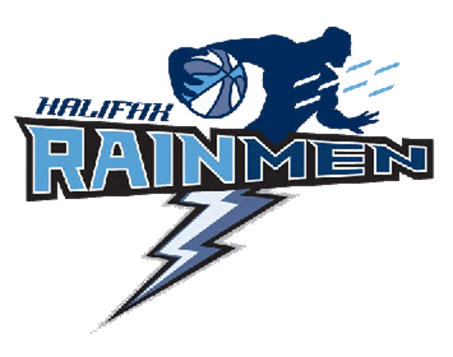 The Halifax Rainmen, a Canadian team with the least intimidating mascot ever, (Best case scenario—it’s a bunch of men made out of rain. Worst case scenario—insert your best offensive Dustin Hoffman impression here) joined the ABA in 2007, where they almost immediately left the league explicitly because they were unhappy with the shit show that is the ABA. They finished the season 12-20, and still were of the opinion that they were too good for this league, and honestly they were probably right.

The Rainmen moved to the PBL before ending up in the NBL (National Basketball League of Canada) until they filed for bankruptcy in 2015. Probably because they didn’t have enough liquid assets. Oh God, we’re so sorry. Oh God. Gross.

Jesus. Someone’s getting fired over that joke. 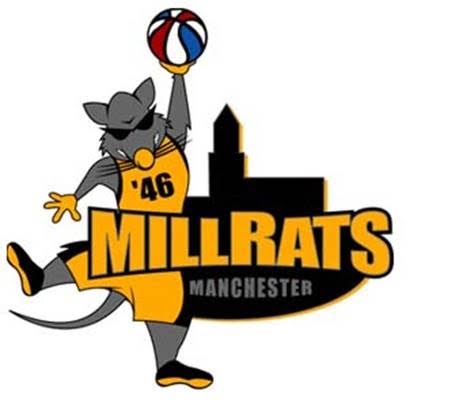 The Millrats are still around, but they went on one hell of a journey. They started as a ABA team playing in Manchester, New Hampshire, where they lasted for a year before moving to the PBL. After two years in the PBL playing Manchester, they moved to Saint John, New Brunswick (yeah, fucking Canada) for a year, adding a space to their name to become the Mill Rats, before moving to the NBL Canada and then finally changing their team name in 2016 to the Saint John Riptide.

Anyway, the Millrats (which, we must say, is a real shit team name) did well their one year in the ABA, going 28-12 and making the semifinals of the playoffs.

But, to quote Wikipedia’s hilarious understatement of how the ABA works, “There were logistical nightmares, as two of the four teams in the Millrats’ division suspended operations.”  Yeah, when half of your competition suddenly quits in the middle of a season, that’s a bit of a “logistical nightmare” absolutely.

Anyway, their logistical issues with the ABA were so bad that not only did they leave the league, they eventually left the country. Good job, ABA! 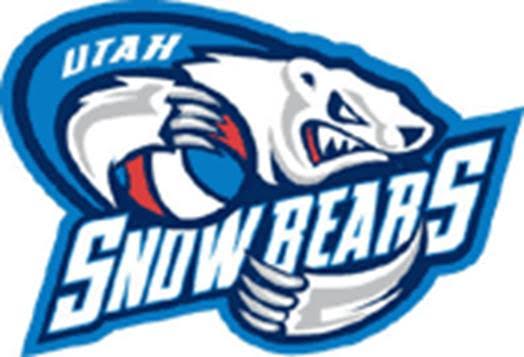 As far as team names go, the Utah Snowbears are pretty solid, actually. And as far as teams go, they were pretty good, making the ABA Championship in their one and only season. And apart from that, we don’t know much about them. So why do they warrant the closing entry from this article? Easy. They made the ABA finals after a 27-1 season in 2004-2005 and…forfeited the finals.

Because they could not afford to travel to the Championship game.

Hahaha, oh God, the American Basketball Association is a beautiful hot mess. And stay tuned, we’ve got one more article to really bring that point home.

One response to “A Brief, Incomplete History of the American Basketball Association (No, The OTHER ABA): Part 3- The Defunct Teams”