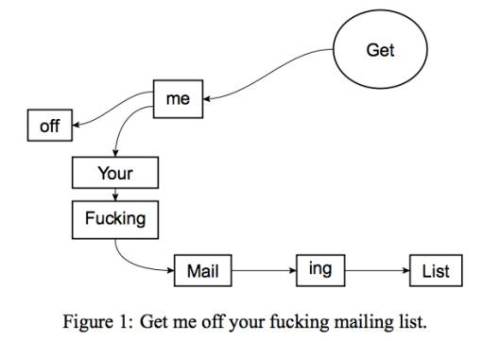 If you put a gun to our head and told us to tell you one thing that’s wrong with America, we’d press our forehead into the barrel and say, “That pussies like you don’t have the stones to pull the trigger.” But if you asked nicely, and weren’t a dick about it, we’d say, “probably the existence of companies and publications employing predatory tactics to gain profit.”

And while businesses that gain all their profits through legal-but-shady means are a global phenomenon, America does unfortunately have its fair share of assholes who trick the gullible, frightened, and elderly into giving them money.

One surprising and somewhat unsettling form this has taken involves, of all things, science. Specifically, “academic journals” that solely exist to mill out publications for graduate students and members of STEM academia. These publications spam academics and will post just about anything so long as they get their publication fee.

And that’s why it was so wonderful when, in 2014, Peter Vamplew, Associate Professor at Federation University Australia, decided to fuck with this publication, to amazing effect.  This is his story.

In 2005, grad students David Mazières and Eddie Kohler wrote a paper to protest all the pay-for-play publications sending mass mailings calling for papers from academics.  That paper, demanding to be removed from mailing lists for fake conferences and journals, was entitled “Get Me Off Your Fucking Mailing List.”

It is literally 10 pages, separated into 5 different sections and including two graphics (the two graphics you can see above), saying, “Get me off your fucking mailing list” and nothing else. Just, that, repeated.  It’s the funniest fucking thing we’ve seen in a long time.

Because  Mazières and Kohler can best be described as “goddamn heros” they made the article open access, meaning that anyone could use it if they so needed. There on the internet it remained for nine years, a shining beacon of “fuck you” to an entire industry of scam artists clogging up the inboxes of our nation’s, and the world’s, scientific and academic minds and, you know, just being a pain in the ass. Then, along came the International Journal of Advanced Computer Technology.

The journal, though advertised in English and promoted to English speaking academics (through, just, the most aggressive spamming), advertises itself as an Online Open Access Peer Reviewed International Journal (meaning that they don’t even spend the money to publish an actual paper) that claims to be popular in “ASIA” (their capitalization, not ours).

Their website is pretty rudimentary, in a “man, remember geocities” kind of way, and most of the editorial staff hails from India. It, at the very least, does not look like a reputable academic journal.

Because it isn’t! But they make money by aggressively soliciting scholars whose jobs demand they can claim a certain amount of “published papers” who are willing to fork over $150 for an easy publication.

In researching this article we actually decided to contact the International Journal of Advanced Computer Technology to ask about their review process. Here is, 100% unedited, the response we received.

Anyway, there was one academic who did not feel the need to get his name published on a bi-monthly journal (that publishes anywhere between 20 and, fuck, just one article per issue).

His name is Dr. Peter Vamplew, an Australian who we have determined to make an honorary American whether he wants the title or not. Frustrated with the barrage of emails, despite his pleas to “get me off your fucking mailing list,” he took the 2005 paper and submitted it, as is, to the publication. He expected to get a chuckle imagining someone with the “journal” opening the email, rolling their eyes, and deleting it.

Instead, he got a letter.

With a peer review and everything.

That’s right. An anonymous peer review determined that this article is perfectly appropriate for IJACT. Specifically, it scored “Excellent” in that category, as well as accuracy.

It received a “Very good” rating for innovation (lol) relevance, quality of writing (lololol) and application of paper as introductory study material for revolutionary new concepts. It only rated a “good” in presentation, but otherwise, it was accepted, though it feel just short of being “Strongly Accepted.”

They did have notes, however!  “Please Use latest references in order to increase your paper quality” was one. “Use high resolution images in order to increase the appearance of paper” was another. But, the important thing, all that Vamplew needed to do was wire $150 bucks, and “his” “paper” would be published.

So that’s what he fucking did.

Some news agencies took note, and eventually we’re guessing that the IJACT editors took it down upon realizing how they were looking like asses, but they published an article that consisted of the same seven word vulgar phrase repeated again and again, which is the most beautiful thing imaginable. The only downside is that Vamplew still was not able to get off that list, but we think he can still be proud that he managed to make spamming opportunists look like complete doofuses instead.