S’mores: Giving America Yet Another Reason To Love Fire

“No, you see, they’re called S’Mores because you always WANT Some…”

~No, we get it, you don’t have to finish 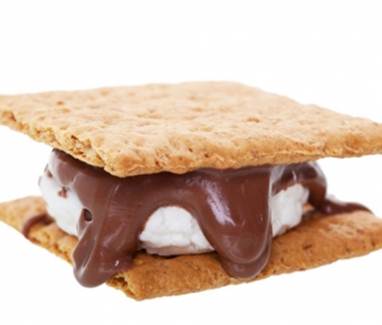 Camping is as American of a tradition as you can find among middle class people who take delight in purposely leaving the comforts of world behind so they can sleep under a pitched piece of fabric and try to stave off their urge to use the bathroom until the weekend is over, taking advantage of our nation’s surplus of forested wilderness instead of burning it to the ground to put up the Walmart that, let’s be real, will work around zoning regulations eventually.  And when we go camping, we’re almost guaranteed to run into two American activities—having outdoor intercourse interrupted by murdering monsters, and sticking a marshmallow into fire and smudging it on some chocolate between two graham crackers.

Today we’re going to tell you the history of the most American camping activity of the two.  No, it’s not the slasher film thing.  Let’s take a moment to nurse the soon-to-be-burned roof of our mouths as we talk about…

S’mores: Giving America Yet Another Reason To Love Fire 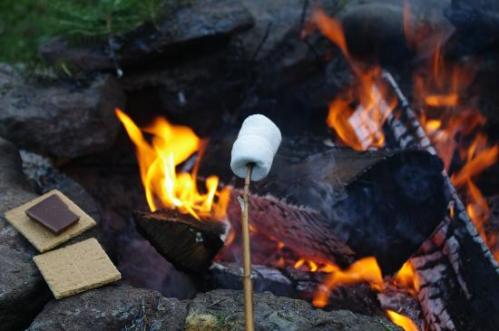 Considering how universally delicious s’mores are, we find it surprising that other nations haven’t tried to lay claim, or even partake in its gooey goodness.  Not only is this views as a traditional campfire treat in America (and America’s little brother that’s trying and failing to maintain his autonomy [sup Canada]), the s’more was created in America and is primarily only appreciated by Americans.  In fact, Americans who find themselves in another country for reasons we have to assume have to do with fleeing a warrant, but who want to go camping can’t even find the appropriate ingredients for s’mores half the time, further proof that America is the only beacon of the good and just left on this sinful planet.

While that means that many non-Americans have yet to discover the joys of sticking a marshmallow on a stick, hovering it over a fire to ever so carefully get that perfect golden crispy outside before accidentally getting to close, setting the thing on fire, and saying, “eh, fuck it” as you blow out the flame and jam it onto your cracker, it also means we can take full responsibility for this awesomeness, instead of just piggybacking off of German food ideas and calling them our own. 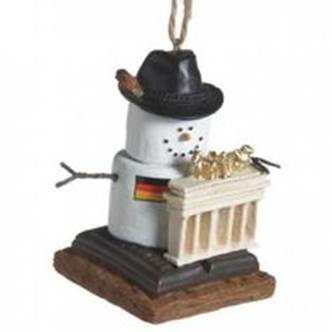 The first recipe for s’mores appeared in 1927 in a Girl Scout Handbook, which means we owe the Girl Scouts even more than we originally thought for their contributions to America’s cookie and dessert legacy.  Merriam-Webster likes to say that the first use of the word appeared in 1974, but we’re not going to listen to a bunch of nerds when the internet tells us other things, so we’re going to stick with the 1927 birthdate for this particular treat.

So, the history of the s’more is strictly American.  Some girl scouts thought it up, the rest of the country said, “That’s a great idea, Girl Scouts, also I’ll take a few boxes of Thin Mints please” and they named it by smushing together two words which if you don’t know, you aren’t going to get the satisfaction of finding out here, because you should feel bad for not knowing that basic simple fact.

You probably know the ingredients for a s’more (and if you don’t, you should send an angry email to your parents who refused to raise you correctly) but there is a specific American-bend to the ones we use.  While marshmallows have been around for millennia, we had only just begun the mass produce them effectively when the s’mores recipe came about, and even then they had to rely on square, roughly cut mallows—it wasn’t until 1948 when Alex Doumak (don’t worry, despite the last name, he was American) developed a process that could make marshmallows in the shape and consistency that we know today.  This uniform shape, by the way, makes it much easier to roast them over an open fire, even though you’re almost guaranteed to get impatient and just scorch the thing to speed things up midway through the cooking process.

While chocolate is an essential part of the s’more, and you’d think that using a higher quality chocolate would yield a better s’more, there’s something about how Hershey’s, and Hershey’s in particular, is made to allow the appropriate level of melty, gooey chocolate to take charge when the heat of a previously burnt to shit marshmallow is introduced to the works.  While Hershey’s chocolate was never made with “adding roasted marshmallows to it” on their mind, it happens to work perfectly, because America can do no wrong, and don’t you dare google anything about the Middle East to try to say otherwise.

Finally, the last ingredient that brings the s’more together also owes its very existence to America (in fact, a lot of countries don’t even have it, because, well, it’s only okay on its own if we’re being perfectly honest).  The graham cracker was invented in 1829 in New Jersey by a Presbyterian minister named Sylvester Graham, which just blew your mind considering you’d spent your life assuming that “graham” was some sort of ingredient that gave it its unique flavor, like corn bread, or ginger snaps.  But really, a graham cracker was created as a health food as part of a Graham Diet which, we’re not making this up, was supposed to stop you from feeling the urge to masturbate.  They’re made with Graham flour (motherfucker liked to name a lot of things after himself) which uses a high protein wheat, though it tends to be sweetened with sugar and honey.  The flour and sweetening agent is then baked into a sturdy, hard cookie that, again, don’t really taste good unless you put shit on it, like cinnamon, or whatever you’d call the other two-thirds of a s’more (ore?  S’mo?).

We’re not saying that the only reason why graham crackers exist as a thing in America, and are hard to find in Europe and elsewhere, is that it is perfectly suited to serve as a campfire treat, we’re just saying that most of you are having a hard time thinking about the last time you brought a package of graham crackers that didn’t also occur in conjunction with a run to get chocolate and marshmallows.

Pictured: Sylvester Graham, who, to be fair, looks like he is using the majority of his willpower suppressing masturbatory urges here.

Together, these ingredients make the mighty s’more, which can be consumed wherever there is a campfire, a fire pit, or a gas stove in a house filled with sad, so sad children.  They remind us of summer and fall, and if we’re being brutally honest they’re probably responsible for at least one devastating forest fire.  We’ve turned them into a Hershey’s candy bar that no one really buys, as well as a Pop Tart flavor which is better than you’re giving it credit for, shut up.  It defines our childhood, as well as the camping experience for those of you who are weirdly into pretending like roofs don’t exist.  It is, in a word, a perfect American outdoor snack.

We know that’s more than one word, so is “some more” we’re not exactly about following the rules of the English language to a T in these parts.  Just shut up and eat your s’mores and get melted marshmallow just everywhere.  It’ll take your mind off things.