AFFotD Reviews The Five Ethnic Foods That Were Invented In America 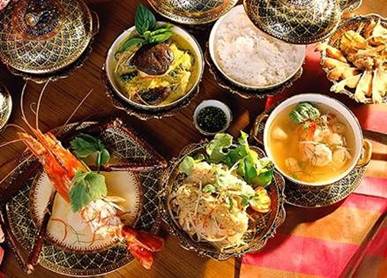 We’re all familiar with the term “Ethnic food.”  It’s an easy, catch-all phrase that we tend to interpret as “shouldn’t your drunk ass be reaching for something American like a hamburger instead?”  Chinese Food, Mexican Food, other foods that tend not to be open as late or taste as delicious when drunk so we’re not even going to bother to list them, yes all of these are foods of foreign nations that America has begrudgingly accepted with open, inebriated arms.

Of course, the popularity of Ethnic Food would make us a little upset at the lack of Americans preferring to eat steaks with an American Flag tastefully branded into it during the cooking process if it weren’t for one surprising fact.  Most of the best Ethnic Food isn’t Ethnic at all.  It was invented right here, in the USA.

That’s right.  If this list from Mental Floss is to be believed, any unhealthy food you can do, we can do better.  So what else can we do but go through each American invented “ethnic” dish and discuss how American it was for us to hijack their cuisine and put our MSG loving paws on it.

AFFotD Reviews The Five Ethnic Foods That Were Invented In America

The more we think about America taking Ethnic Foods and adding their own personal touch to their best dishes, the more it makes sense.  Sure, we can eat Mexican food, or we can take ingredients used in Mexican food and stuff it in a motherfucking Dorito.  It’s called assimilation, and if you can’t make your food unhealthy enough for us to appreciate it, you can get out.  That’s why we’re glad, but not at all surprised, to see  that the following foods have American origins.

In the 20th century, an influx of Chinese immigrants to America created a sudden demand for Chinese cuisine.  Of course, those who wanted to make assloads of money knew they had to make food that Americans would appreciate as well.  Since Hunan cuisine was a little too spicy for the tastes of Americans at the time, it was decided that the best way to get our fat asses eating some Chinese prepared chicken would be to deep fry the chicken and add sugar to it.  Because why limit your needless caloric additions to a dish with simple deep frying when you can make it give you cavities as well?

And really, is there anything more American than looking at an entire regions food and thinking, “Well, that’s all well and good, but we could introduce more fat and sugar into the mix”?

This one makes so much sense it’s almost surprising people don’t automatically assume that this was an American based tradition.  While Tortillas are Mexican, the idea to cut them up and fry them so they can support massive amounts of meat, cheese, and jalapenos is so blatantly American Tostitos probably considered calling themselves “Uncle Sam’s Clogged Aortic Valve.”  Tortilla chips were first created when El Zarape Tortilla Factory decided to find a way to make people pay for their misshapen and unsellable tortillas.  From that point, it was only a matter of time when someone said, “What if I smother this in chili and cheese and other unhealthy but delicious ingredients?”  The only proof that this was invented in a border town instead of the heart of America is that no one decided to just chop up bacon, hot dogs, and hamburgers, and scatter it on top of these.

UM WAIT HOLY SHIT WE NEED TO DO THAT RIGHT NOW!

This is pretty much the same as General Tso’s Chicken, only it was invented in Springfield, Missouri.  A Chinese chef noticed that, surprise, Midwesterners liked their chicken fried, so he fried some chickens, put some nuts on top of it, and decided to give a hearty middle finger to people with nut allergies.  But this is old hat.  Moving on.

Spaghetti with Meatballs and Garlic Bread 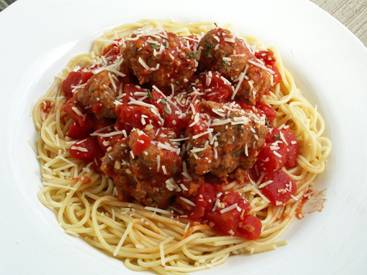 But what we’re proudest of is garlic bread, which apparently isn’t even close to a thing in Italy, which we’re more than happy with.  America just looked at bread, said, “it’s too bready, what if we stuck a clove of garlic and a stick of butter on top of this fucker and bake it,” and it was so.

Surprisingly enough, we couldn’t be any more neutral about this being an American product.  Because while fortune cookies are alright, no one really cares that much about the taste of them.  The only time we truly love getting fortune cookies is when the person writing them has a poor grasp of English or spell checking, and they say things like “You long find time happy” or “All your present plants will succeed.”  In fact, this is the only item on the list that would be better if it were invented somewhere else, just because we like making fun of people who don’t know how to rite English that god.