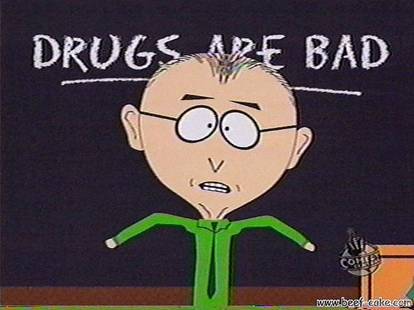 In America, we agree with that Ferris Bueller quotation.  “Life goes by pretty fast, if you don’t stop and alter your state of consciousness once and a while, you could miss it.”  That’s why we have liquor, a magical liquid that warms your belly and makes it seven times more likely that your evening will end with you dancing on a bar in some state of undress.  But sometimes, people of a certain white trash persuasion either don’t want to spend the money on booze, aren’t old enough to buy booze, or have such high tolerances that they need to inject themselves with the liquid inside of Magic 8 Balls just to feel something. 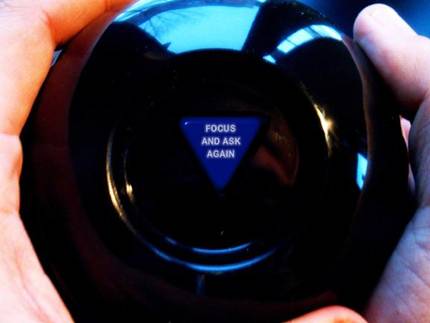 On the streets, they call it “Shootin’ Dome.”

Really, while you can easily find perfectly good liquor or questionably prescribed pain medications for you take enough of to forget your inevitable mortality, a lot of people of certain white trash persuasion are eagerly looking for items you can legally purchase that randomly will get you high or in an otherwise altered state.  Much like the first man to eat a tomato when the world thought it was poisonous, adventurous white trash souls look around at random items they can purchase in a gas station or a Bed, Bath and Beyond and think to themselves, “Huh, I wonder what would happen if I smoked this.”  See a string of carpet abandoned in a dumpster?  Smoke it, maybe the glue will get high.  See a vat of tar sitting by some road workers?  Huff that shit, maybe you’ll see Jesus.  Spot one of those house plants with the big leafs that look like elephant ears?  Holy shit, do not eat that, you will die.

It is possible to do stupid things that can still be considered American.  That’s why we are here to present you with… 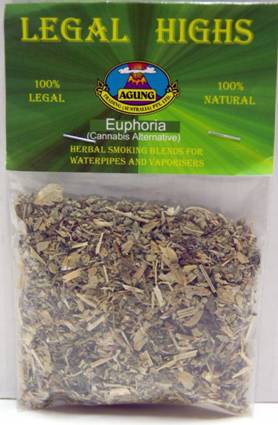 DISCLAIMER:  Some of the products listed below can have harmful, possibly fatal side effects.  They are dangerous, damaging, and make you look cool.  You know who else was cool?  Elvis.  And you know what happened to him?  He DIED.  He slept with hundreds of beautiful women and then he died.  To be honest, we’re not the best at writing disclaimers.

You tend to hear about most “legal” highs through well-meaning fear mongering exaggerations meant to boost ratings news reports, which are really great and helpful, so long as you’re someone that wouldn’t have imagined of using Bath Salts to get high until seeing that one 60 Minutes segment.  So we’re going to cut out the middle man and tell you about these items that some white trash American somewhere look at and said, “Yeah, let’s get absolutely ripped on this shit.”  Because wait, you’re fucking serious?

Like most Americans, we at AFFotD love nutmeg.  Whether you’re using it to make gingerbread cookies, adding a teaspoon of it to enhance the deliciousness of your pumpkin pie recipe, or are smoking it for its hallucinogenic properties you no doubt love to wait wait what the fuck?  What?  Let’s backtrack for a second…

As the media so responsibly warns us, YOUR TEENAGERS ARE GOING INTO YOUR SPICE CABINET AND SMOKING YOUR NUTMEG TO GET HIGH BECAUSE YOUTUBE TOLD THEM HOW TO NOW EVERYBODY FREAK THE FUCK OUT.  Yes, ingesting (either by eating, smoking, or snorting) large quantities of Nutmeg will give you a gross-to-ingest-it-and-not-really-worth-it high.  And yes, smoking or snorting enough nutmeg can be potentially dangerous, and (on like, two occasions ever) fatal.  But given the fact that there are less than 70 calls to poison control about nutmeg consumption a year (as opposed to over 5,000 for something like marijuana) we’re going to go out on a limb and say that the main people using Nutmeg are people who don’t understand that it’s not too tough to pick the lock on a liquor cabinet, and to them we say this.  If you’re worried about your parents noticing the lower levels in the bottles?  Just refill them with some water.  They probably won’t tell the difference.

Granted, Nutmeg has been used as a hallucinogen for centuries, especially in areas such as western India.  Still, somewhere, some American had to have looked into their spice cabinet and thought, “Bingo, I’m gonna find something here to get me high.”  Which is admittedly strange.  But it’s not like we have some weird logical fallacy engrained in our heads that has us assume that “spice” is the same as “drugs” right?

At this very moment, a small group of people in America aged between 18 and 25 years old are discussing the following question.  “If you could only do one for the rest of your life, would you rather smoke weed, or drink alcohol?”  For a certain segment of the American population, this is a “would you rather” that actually requires a modicum of consideration (not that it should, the answer is obviously booze).   Some people feel very strongly for each possibility (but seriously, the answer is booze) while there are pot smoking teetotalers and boozers that don’t smoke (doesn’t matter, answer is still booze) it’s something that can at least spark conversation from the same age demographic that would have strong feelings regarding the geographic location of Carmen Sandiego.

Something will never be part of that conversation is Spice, a synthetic cannabis that mimics the effect of weed without that pesky “being illegal” thing (though more and more states are moving in to make that illegal).  It’s often sold as an “herbal incense” and we’re sure there’s a joke there but we’ll leave it for the people who smoked during high school in the 70’s to make it.  It’s essentially herbs and chemicals, and its effects are largely viewed to be similar to smoking weed, except for the possible addition of “agitation” and “vomiting.”  We can’t for the life of us figure out who the target demographic would be for this- is it for people who don’t want to buy Marijuana because it’s illegal but they still want to get high, or is it for people who are very anti-social and don’t know anyone that deals drugs and hasn’t figured out the secret lingo they use on craigslist yet?

Oh sorry, one last addition- apparently if you’re in the Armed Services and want to say you don’t smoke pot due to a technicality, you’ll try rocking some Spice.  In which case, tough shit, you’ll still get discharged for having it.  But don’t worry, you Rip Tide scented escapists, there’s always…

If we ever found the first person who saw a product called “Bath Salts” and decided to smoke it up, we would smack them in the face for being a liar if their explanation did not include the phrase, “Well, it had rocks, so I thought, you know, meth?”  For those of you who only get their news from the local 10 o’clock news (“This common household cleaning product is made entirely out of SPIDERS!  We’ll tell you what it is, and how you can protect yourself, after sports and weather”) you might be surprised to know that “Bath Salts” aren’t actual bath salts you might buy at Target next to the scented candles.  They are actually sold, much like Spice, as a “technically legal” but “technically can fuck you up” product sold through smoke shops and online vendors.

The drug itself has properties of amphetamines, and comes with all the “hallucinations” and “paranoia” you’d expect from something being described as “a lot like amphetamines.”  These products are sold under names that you would never associate with drug use, such as “Bliss”, “Scarface” or “Kush Blitz” and…really guys?  Kush Blitz?  You’re not even going to try to pretend that this is not a drug thing?  Really?  Ugh, your product namers are the worst.

The active drug in Bath Salts is Mephedrone.  That name has just enough letters in it that we’re not going to try to figure out what it is.  But look!  Wikipedia uses .gifs to make molecules more interesting!

Like Spice, several states are quickly trying to outlaw Bath Salts, but until then we can salute the white trash particular individuals who decide to smoke up this synthetic meth (wait, isn’t regular meth synthetic?) and get arrested for things like abandoning 4 year old children at Wal-Mart, breaking into houses because they thought they were being chased by electricity, or shooting their wives in the hand while tripping… oh…that last one isn’t very good…this game isn’t fun anymore…

Probably one of the first “YOUR TEENAGE SON WILL DO THIS AND HE WILL DIE” drugs to cause a media hail storm (and, actually, the most dangerous drug on this list, as far as confirmed deaths are concerned) the idea of breaking open an air conditioning unit, taking out the Freon, and huffing it to get high seems like so much work to get high that we wonder why more American teenagers haven’t heard of “giving a guy 20 bucks to buy you a pint of vodka, because seriously that’s so much easier you guys.”  Because seriously.  You have not seen darkness until you’ve had to stumble across a “Huffing Freon” message board.

This is equal parts “Holy Shit what the fuck” and “Wait did he spell ‘eventually’ as ‘adventully’?”

While everything else on this list is pretty much self-explanatory to use (snort nutmeg, smoke “spice,” you’ll probably need a pipe for Bath Salts, but that can’t be too hard to find) it’s telling that every “testimonial” on Freon huffing that we’ve seen starts with “Someone had to show me how to do it, and then…”  Seriously, America, we’re going to try something out.  We’re going to show you two pictures.  We need you to tell us which one is the inside of an air conditioning unit with Freon, and which is Kathy Griffin on an episode of the 1996 sitcom, Suddenly Susan. 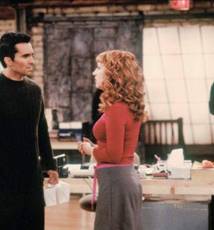 Pretty tough, right?  The Freon can be found in the picture that doesn’t have Richard Alpert from Lost/the mayor of Gotham City.  And if you were among the 80% of readers who were able to get that right, let’s go on to the trickier question.  Which of the below images is a canister of Freon, and which is Martin Short accepting a Tony award?

We know, a total head scratcher.  It’s actually the image on the right.  It’s the bow tie that gives it away—Freon normally prefers to wear wide ties.  Now, for the 40% of Americans who have gotten both right, could you tell us where, in the picture of the air conditioner, where the Freon canister is.

So the only ones of you that knew were people who have inhaled Freon before, right?  Okay, we thought so.  The rest of you, continue your American lives, this next part is just meant for the Freon huffers.

Are you fucking kidding us?  You spent enough time figuring out how an air conditioner works that you could become a highly paid alumni of Greendale Community College, and you did all that so you can get the kind of high that comes with “central nervous system depression and/or cardiac arrhythmia”?  Are you serious about this, guys?  Here, next time you want to huff on Freon, just send us a message, and this will appear on your doorstep.

Now drink up, like a goddamn American.  Alcohol is easier to get, far more delicious, and won’t give you brain damage yay!

16 responses to “The Strangest Ways Americans Get High (Legally)”