AFFotD Discusses and Interprets the 10 Most Shoplifted Items of 2011

“Come on man, just put this hat in your shirt and walk out.  Don’t you want to be cool like us?” 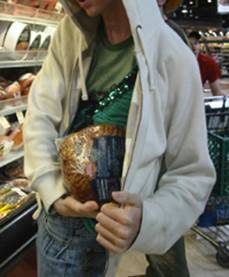 People steal shit.  If that surprises you, we’re sorry.  Here are a few more doozies for you:  People enjoy sex, fast food is unhealthy, and emails from strangers with a poor grasp on English asking for money tend not to have honest intentions.  Welcome to the real world, junior, we play for keeps.

Yes, there many categories of theft, but the most commonly occurring one would have to be shoplifting.  And in this economy, it should come as no surprise that there was a 6% increase in reported shopliftings between 2010 and 2011.  Shoplifting is so rampant in this country that there is even an organization called the National Association for Shoplifting Prevention, or NASP, whose sole purpose is to deter you from shoplifting while maintaining a website that doesn’t understand how color schemes work.

So when Adweek posted an article about the top 10 most shoplifted items, we were interested.  Not because it is American to shoplift (it’s not) but because it’s Americans doing the shoplifting, and we secretly hoped that they were at least picking out things that fell into our definition of “Hell yes, that’s American.”

And for the most part they did.  That’s why, we here at AFFotD are here to present…

AFFotD Discusses and Interprets the 10 Most Shoplifted Items of 2011

That’s a really harsh punishment.  Letting everyone know you shop at Walmart.  Yeesh. 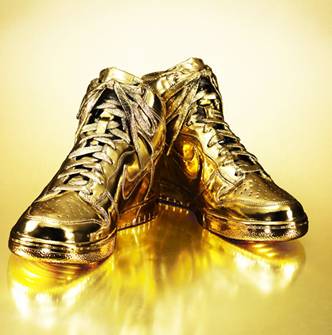 This makes sense.  You want to have stylish shoes.  And Nikes are balls expensive.  Even if you really like the look of it, it’s hard to justify spending 200 bucks on a shoe named after a guy who doesn’t know how to close out the fourth quarter of an NBA finals game.  Plus, shoes are very easy to steal- especially if they don’t put those weird ink-plastic-things on them.

And some people might even let themselves get all self-righteous about it.  “Yeah they’re charging a hundred bucks for these shoes that are made using child labor, so they have huge overheads, and I’m just getting back at the man,” you might say.  But since shoplifting is usually factored into the price of an item, that probably means that you stealing these shoes lead to those starving children getting a pay cut.

Yeah.  Think on that, asshole.  Unless you don’t care about the sweatshop kids because they’re foreigners, and just think the shoes look cool, in which case, rock on, those are some snazzy shoes.

Ladies, we all know you like to smell nice for your fellah.  And fellahs, it’s appreciated that once and a while you’re able to take your lady out to a nice dinner while not smelling like a rhinoceros in heat.  And while perfume and cologne isn’t cheap, it is a great way to increase the chance of someone touching your naughty bits.  But look at that bottle up there.  It says “Paris.”  They spell it “Parfum.”  That’s disgusting.  Just…next time try stealing something a little less French, okay? 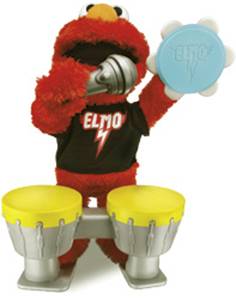 Apparently this is going to be a popular children’s toy this year.  Apparently people are using that as an excuse to steal the shit out of it.  And parents, we understand, these toys are outrageously priced, especially once the toy stores start running out of them.  That’s why you should steal one, wait until the week before Christmas, and sell it for a huge profit.  Then use the money to buy your kid a Bowie Knife or a B.B. Gun or something fun.

“But AFFotD, I have a daughter.”

And your point is?

Okay, Ralph Lauren is at least American.  And really, there is a beautiful poetry to this.  Polo Ralph Lauren is so expensive that three people die every year because the only witness at the scene of an accident was wearing Ralph Lauren, and they didn’t want to bloody up their shirt, because come on man, this shirt cost a hundred bucks.  Is there really a difference between stealing Ralph Lauren or just buying knock off Ralph Lauren at, say, a Target?  Oh there is?  A very large difference?  Well tough shit, we’re still shoplifting this stuff.

Ohhhh, that’s right.  A healthy percentage of shoplifters are teenagers.  We had almost forgotten, what with perfume being at the number 9 spot.  But yes, this makes sense- if you’re a pimply 15 year old boy who wants a girlfriend, pop culture has pretty much brainwashed to tell you “AXE Body Spray will make you irresistible to women.  Seriously!  It’s in the commercials and everything!  In fact, the only thing women like more than a man who smells like lemon musk is a man who’s also a rebel and takes what he wants like shoplifiting!”  And then he’ll just start masturbating his little heart out.  God bless, son.  You go ahead and forgo spending the 5 bucks it costs for a can of the stuff.  We won’t stop you.

Really?  Your gonna half ass this and not even go for the Fusion?  Come on America, you can do better than that.

Where am I?  I have not detected a price scanner, yet I am no longer in the Apple store.

“It’s alright Siri, you’ll get to know me in time and, I suspect, maybe even learn to love me.”

“Shh, Siri, it’s alright.  Now tell me, what’s the weather going to be like today.”

Please put me back, I don’t like being stolen.

“I SAID TELL ME THE DAMN WEATHER, SIRI!”

Okay, yeah, this is more like it.  This is pretty American.  Yeah you can steal a man a fish and he’ll eat for a day, but you steal a man a tackle box, he’ll eat for a lifetime.  Since it’s arguably harder to shoplift something than it is to buy it (since there’s at least some planning/risk involved in stealing something) this means that, if you’re stealing your power tools, you are adding a step to the process of making shit.  You are literally complicating the only easy part of starting a home improvement project.  For most people, a home improvement project looks like this.

Step 3:  Oh shit, wait, you need to get a blueprint or something made.  Or at least an idea of what to do.

Step 4:  Goddamn it, what do you mean zoning regulations?

Step 5:  Give up, call contractor, get drunk.

All that is pretty manageable.  But when you’re starting everything off by stealing what you want, it looks like this.

Step 1:  Get a group of friends, plan an elaborate Oceans 11 style caper.

Step 2:  Pay the fine and begin your 150 hours of community service.

So at the very least, it’s a gutsy thing to try, and for that, we salute you Americans.  But, it is numbers 1 and 2 on this list that make us proud to be American.

Yes.  Oh, oh thank you America.  It just feels right, doesn’t it?  Teenagers want to get booze, but they don’t have valid IDs, so they steal it.  Hobos use booze to replace blankets, so they steal it.  You decide that it’s not worth paying 15 bucks for a bottle of UV Vodka, so you steal it.  Liquor is easy to conceal (just ask any 19 year old college student who have smuggled liquor to their dorm rooms while walking past their RAs), expensive enough to want to make you want to save the cash, but cheap enough to ensure that if you get caught you won’t get much more than a slap on the wrist.  Plus, it’s booze, giver of life.  What could possibly be more American? 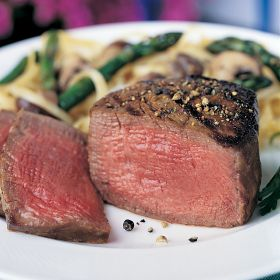 Yes.  Oh dear lord, yes.  This is both incredible and hilarious to us.  The more we think about it, the more and less sense it makes.  Because not only does it mean that people are stealing filet mignons, it means people are stealing Filet Mignons more than ANYTHING ELSE.  And we can’t even imagine how you would go about stealing a Filet Mignon.  Don’t you have to go to a butcher to get it?  That means, even in a grocery store, there are multiple people you have to interact with that know you want Filet Mignon, and you still have to manage to sneak by them and steal it.

Think about it- every one of you at one point or another has had a thought of “hmm…I mean, I could steal this right now and no one would ever know.”  That’s not to say you acted on it- statistically, most of you haven’t.  But it is pretty safe to say that none of you have ever seen a bunch of filets and thought “Oh wow, that steak is just sitting there, waiting to be stolen.”  Unless you shop at a store where the steaks are starting to turn green.

And that’s why we’re so proud of you, America.  Because you won’t let a pesky little thing like logic get in your way.  You see something delicious and American, you take it.*

*AFFotD does not endorse shoplifting, as it’s against the law and junk.

This entry was posted in Miscellaneous America and tagged Alcohol, America, Shoplifting, steak. Bookmark the permalink.