We Americans try to act civilized and focus on the finer things in life, like a nice aged scotch or photoshopping actresses’ faces onto photos of naked women, but despite our efforts to contain our savage impulses, we do love a good fight.  There’s nothing wrong with that—fighting is a healthy and natural way to vent anger, settle disputes, and teach assholes not to drive on the highway with their blinker on the whole time.  The mere existence of fighting is responsible for 100% of all instances where someone shouts, “Yeah you better run,” which is one of the more underappreciated American sentences in existence.

If you ever doubt America’s hidden yearning to watch people bash the ever-loving bile out of each other, just ask any American male why he likes the movie Fight Club.

Woah, that got dark.  Since segues are for the French and people who lack confidence about their sexual virility (ha, but didn’t we say “the French” already?  Burn) just know that today’s fun fact is… 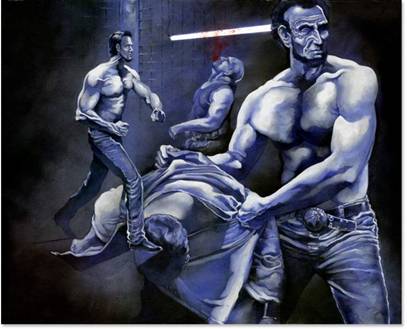 “More like a house divided against itself cannot stand another ass whooping like the one I just dished out!  Boooom!  Classic Lincoln-Zinger.  Oh..oh wow, you’re actually…yeah you’re bleeding really bad…Oh…”

What would George Washington and Andrew Jackson fight about?  Who cares, you know you’d want to see these two guys bareknuckle box.  An added wrinkle to this fight is that, in 1785, George Washington would have been about 53 years old, while Jackson would have been a limber 18 year old.  But for those of you saying, “Oh, in that case, Jackson, easily, the man beat the shit out of a dude that tried to shoot him” keep the following information in mind—1:  Jackson would not have been allowed to have his trusted hickory beating-stick with him and 2: George Washington had laser vision (citation needed).

Well, if this “affotd.com” says it, it must be true

+  Once straight up killed a dude.

–   Inexperienced:  His best fighting days are ahead of him 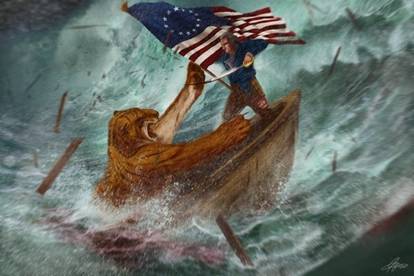 +  Experienced, calculating fighter:  Knows to pick his moments and go on the attack

+  Apparently killed a tiger with a sword during a tsunami once, apparently 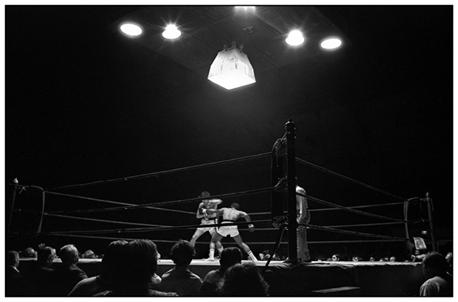 While this seems like a cop-out, hear us out.  There is no actual proof that either of these men could feel pain, and there is a lot of actual proof that they were both individuals not to fuck with.  We’re guessing that this fight couldn’t be contained in the ring, and after the 15th round of bare-knuckle boxing, when the judges called it a tie, they said, “Fuck that” and started fighting on their own, spilling out of the ring into the horrified-but-totally-stoked crowd for hours on end.  Eventually, one of them accidentally punches a spectator in the face when the other one ducks (like, say, a young John Quincy Adams) and everything goes quiet for a second, and the two of them just start laughing, having developed a strong respect for each other.

Two badass Americans of the Civil War, two separate fun facts, one battle for the ages.  One was the man who freed the slaves (and who happened to be a mutant).  One was the man who lead the troops to keep the nation united (and who happened to become immune to bullets when drunk).  Both men had beards that were immune to razors, and both were able to impregnate their wives by staring at their uteruses.  And again, we must stress, one of these men was immune to bullets.

Every image on this google image search brings tears of happiness to our eyes.  Especially Anthrax, but ESPECIALLY Anthrax.

+  Freakishly long arms ensure he has reach and height advantage

+  Dude, look at that picture, he’s just straight up body slamming a fucker.

–   Unfortunately, not immune to bullets 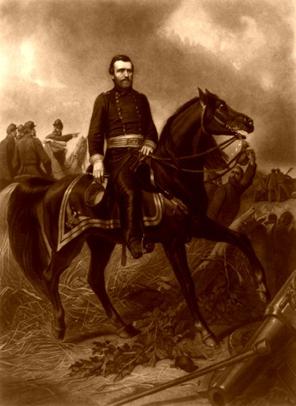 +  Immune to bullets (when drunk)

+  Fought in two wars, won both

+  Went on to play James Bond, win Oscar in The Untouchables

–   According to the above picture, he spooks horses

–  Less iconic beard, also was in League of Extraordinary Gentlemen

Who knew that Grant’s biggest strength would also turn out to be his biggest weakness?  After three days of savage, non-stop cage fighting action (AWWW YEEE-UHHHHH) the blood alcohol levels begin to dip dangerously low for Ulysses S. Grant.  Grant, who has never spent a single moment of his life with a BAC below .15, finds himself weakened in his inferior (sober) state and starts to fade like Michael J. Fox in Back to the Future.  Lincoln decks him, and he goes down.  Lincoln promptly collapses out of exhaustion as soon as he’s declared winner, and when they wake up they feast on the deer carcasses that their beards hunted while they were sleeping.

Ha ha, but seriously, there’s no chance of this ever happening.  Lincoln/Grant or Washington/Jackson?  We could totally see that happening, like if they invented a time machine or something.  But this one, not a chance.

(But Mayweather would probably end up getting his ass kicked)