“I’m so drunk right now, I have no idea what’s going on.  Where are my pants?”

As a general rule, we here at America Fun Fact of the Day like our Civil War generals, and our nation’s leaders, like we like our coffee.  Just filled to the brim with booze.  And while many famous U.S. Presidents dabbled in their own well known vices (JFK’s foot fetish, FDR’s presidential throne made out of people, Bill Clinton’s ecstasy raves) few were able to employ their debauchery to so effectively serve the nation as Ulysses S. Grant.

Pictured:  Proof that no man can ever again be this manly.

Ulysses S. Grant was born in 1822 in Point Pleasant, Ohio.  He exited the womb with a full, luscious beard, chugged a glass of scotch, and karate kicked the midwife who delivered him through the wall of his parent’s modest home.  When Grant was three months old, he grabbed his father’s gun, went outside, and shot an Indian man before casually going inside to tell his mom, “Yup.  Just killed me an injun.”  These were his first words.

While serving in the Mexican-American war, Grant was given the codename “Rambo II,” and had the official rank of “One Man Wrecking Crew.”  He preferred to fight without guns, instead wandering the battlefield with a bottle of whisky in his hands, having long realized that alcohol gave him the strength of several dozen men.  Often pants-less and incoherent on the battle field, American generals realized it was best to just clear out their own troops when bringing Grant into a battle, as he often did not distinguish uniforms when adding to his piles of the dead (The Mexican army would refer to Grant as “El Hombre De Los Montones De Los Muertos”).  Grant was blessed with the particular gift of being immune to bullets while inebriated, and he once beat an elephant in a drinking game.

Since killing for sport was not legal in most of the thirteen colonies after the passage of the “Please, Someone, Contain Grant” law of 1849, the future President moved to St. Louis, as blood sports were the only legally allowed sporting events in the Midwest at the time.  Under the gladiator name “Hulk Hogan”, Grant’s record in the Blood Sport League of America (BSLA) was 359 victories, 1,305 bottles of bourbon.  It was during his 1854 cage match against Stephen Douglas (1813-1854) that he caught the eye of a young Senator Abraham Lincoln.  Their torrid, passionate affair was modernized and depicted in the Oscar winning film, “Brokeback Mountain.”  After going their separate ways, Grant was never far from Lincoln’s mind.  Grant, on the other hand, was blackout drunk during most of their three months together, occasionally sobering up slightly and saying, “What the HELL are you doing back there!?”

Once the Civil War started, Grant learned that Tennessee and Kentucky were part of the Confederacy.  Enraged that his choice brown liquors might become scarce, he personally led a charge to capture the Confederate Armies there.  Shortly thereafter, Lincoln promoted Grant to Lieutenant General (of his heart), and Grant  led America to victory with his patented “get drunk and just send a crapload of soldiers at the other army” strategy.  After the Confederate surrender, Grant lined every Southern plantation owner up, and kneed each one in the groin.  It was a great day to be an American, and a bad day to be a slave-owners’ genitals.

After watching Lincoln’s assassination, Grant realized that he had the perfect attribute to be the next president- an occasional immunity to bullets.  Running under the rather lengthy campaign slogan of, “If I had been at the Ford Theatre, I would have been drunk.  If I would have been drunk, I would have been invincible,” Grant won the 1868 election in a landslide, receiving 135% of the votes (America has never been particularly good at math).  Grant spent the entirety of his two terms sloshed, or in other similar levels of drunkenness.  He passed the 15th Amendment, giving freed slaves the right to vote, and passed the Ku Klux Klan Act (that’s actually the name of the act), which essentially let him arrest Klan members, just for the hell of it.  A drunken Ulysses S. Grant personally stalked and arrested 193 Klan members before they ran out of hiding places.

In 1885, after completing his memoirs that Mark Twain called the most remarkable memoirs since those written by Julius Caesar, Grant faked his death, and still can be seen today in films under his current alias- Sean Connery. 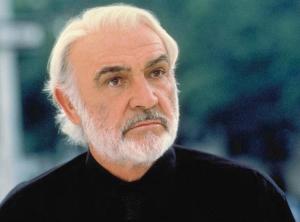 Amazing he’s gone so long without us noticing….