“Heart attacks are just God’s way of congratulating you for being so damn American.”

America has not always been known as a culinary giant of the world, the concept of “gourmet” food being a laughably European notion for much of the 20th century.  And while many foods that we take for granted, such as pizza, ice cream and paint thinner, get their roots from other, non-American nations, one food staple will always be synonymous with American consumption.

Of course, we are talking about…the Hamburger.

The hamburger, as we know it, consists of ground beef, seasoned to perfection and placed on a special-made hamburger bun.  This food is uniquely American, with the first hamburger being served by Oscar Bilby in Tulsa, in 1891.  They say it was just a normal day for Bilby.  He woke up at five in the morning to do three thousand push-ups before wandering the streets to push children out of the way of rampaging horse-drawn carriages, while catching stray kittens as they fell from trees (they do that a lot in Tulsa).  After a few hours of foiling bank robberies, Bilby came home to his wife for a delicious lunch.  Mrs. Bilby had made Hamburg Steak, a German food item consisting of a hard slab of salted meat, slightly smoked, with onions and breadcrumbs.  The food focused more on durability than on flavor, but something about the heavily seasoned minced beef led to an epiphany.

“Hey,” Bilby said aloud to no one in particular, “This is pretty good.  I wonder how much better it could be if I made it American.”

And American he made it, creating the patty out of a combination of patriotism, love, and herbs and spices.  Also ground beef.  Actually, that was probably the most important ingredient.  The ground beef.  So, Bilby decided to insert the fine beef patty in between two halves of homemade buns created by his wife.  This bun was made primarily out of flour and corn starch, though generous chunks of grits were thrown in there too because, you know, it’s Tulsa.  The first hamburger was described by a local food critic at the time as, “So incredible, it makes me realize and accept the insignificance of my works on this mortal coil.  So delectable, I hope to someday make shirts made out of this ‘hamburger’ so I can always be close to it.  So American, it makes me want to make sweet, sweet love to the Statue of Liberty at this very moment.” 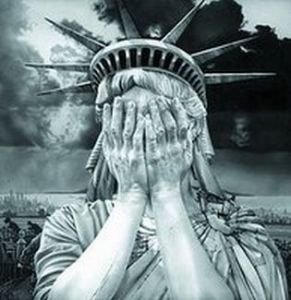 And a new American culinary era had begun.

While America had perfected the patty, there was still debate as to the proper manner to create the bun.  Pretzel buns (scientifically, the best bun to eat a hamburger on) would not become a socially accepted hamburger component until the late 1900s, and dozens of restaurant owners attempted to make their own buns, some using wheat bread, others using rye bread, with the cheapest cooks using cardboard soaked in the burger’s juices. 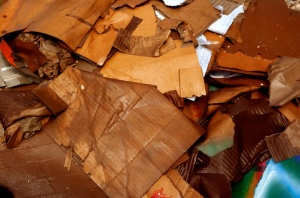 What we know as the hamburger bun was not invented until 1916, when the first was created by a fry cook named Walter Anderson.  The legend goes that one day, Walter Anderson, while taking a short break from his successful professional arm-wrestling career, had developed a healthy obsession with hamburgers when loading up on proteins during his training regiments, so he began to work as a fry chef to learn the secrets of the burger.  He stumbled upon a bun that was a combination of delicious, soft, and durable, with enough flavor to enhance the burger without overwhelming, absorbent enough to take in the burger’s juices without disintegrating, but soft enough to caress your fingers as you bring it to your mouth for each flavorful bite.  In short, he created…perfection.

Walter Anderson eventually took his bun and joined forces with Jonathon “Slider” Castle, and in 1921, they founded White Castle, which every year saves thousands of Americans from being disappointingly hungry while in various states of inebriation.  Seriously.

The hamburger is a unique creation, in that it defies culinary evolution.  No matter how much hamburgers as a food group evolve, employing gourmet ingredients, replacing the beef patty with veggie patties or turkey burgers, there will forever be broad range of possible hamburgers, ranging from the original, simple flat pressed patty with ketchup, mustard, and a pickle inside a bun, to the extraordinary, the 10 ounces of Angus beef dominating a pretzel bun, doused in bacon and chili and, hell, sure, a fried egg.  Why a fried egg?  Because, fuck you arteries, that’s why.

A recent culinary study proved that hamburgers are the most durable food on the planet.  Any single ingredient can be added to a hamburger and, with the right chef, it could be delicious.  Jalapeno peppers, hot sauce, and a piece of spam?  Sure, sign us up.  Glazed pork belly and cheddar?  You glorious bastard, that’s the best thing I’ve ever tasted.  Potato chips?  Sure!  Jelly Beans?  You’re a lunatic, but it’s probably edible with some Hawaiian bread or something.

Or a hamburger SHAPED like a Jelly Bean, it’s all good.

If you eat a hamburger a day during puberty, you will grow upwards of 3 inches in one year.  A particularly greasy hamburger has scientifically been proven to cure hangovers (another incredibly American phenomenon).  Hamburgers are the reason why McDonald’s makes more money in one year than Myanmar has ever printed in their entire history as a country.  When Reagan was shot, he survived when the bullet struck a hamburger paddy strategically placed in his suit coat pocket.

And most of all, hamburgers…well, they’re just so damn tasty.  Like, just so good you guys.

Hamburgers- American because we say so.