“Wait, without Budweiser, that means I’ll have to drink a better beer, which is literally any other beer.” 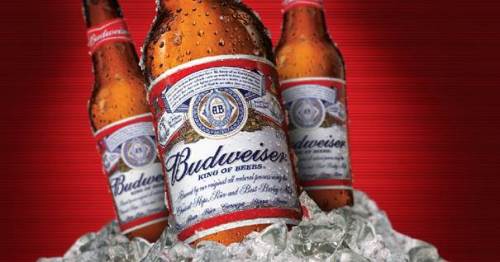 Even when we’re screeching harpies hating on everything you love (which, apparently, solely consists of fucking ALDI, you goddamn lunatics of the internet) we are at least aware of the hatred we’re spewing.  For example—many Americans like Budweiser.  Like, they buy it, and drink it, and describe the flavor as something better than “remember that kid who would always sit alone and chew grass during recess?  We’re pretty sure he’s now the brewmaster for Anheuser-Busch” and that’s fine.  Let your freak flag fly, enjoy getting full before getting drunk and, we don’t know, unironically wearing trucker hats, it’s your life and do what makes you happy.  We’re putting that out there because, invariably, every time we talk about Budweiser (which fucking sucks) an army of mouth breathers flock to the comments section to respond to our (correct) point (that Budweiser is trash).  They say things like “Hey!  Asshole! I like Budweiser!” (literally the only valid argument you have) or “Listen Mr. Fancy Beers, go back to your IPAs and your porters or whatever” (which inevitably is brought up in the articles where we never once mention IPAs or porters).

So, we know two things here.  First of all, we know that we have a fun fact that most of you are unaware of.  And secondly, we know that many of you will be absolutely fucking livid at the tone we take to tell you about it (that tone being “Budweiser is like if someone drank gutter water and thought ‘if only this could get me a slight buzz’”) (which is the correct tone).  And we say bring it on.  Budweiser is trash, no one should drink it, and for a brief moment in 1976, a group of Teamsters actually managed to make that happen.  This is their story.

END_OF_DOCUMENT_TOKEN_TO_BE_REPLACED

Posted in 20th Century Insanity, America Fun Fact of the Day, Beer!, The Best of the Rest