The Teddy Roosevelt Assassination Attempt of 1912 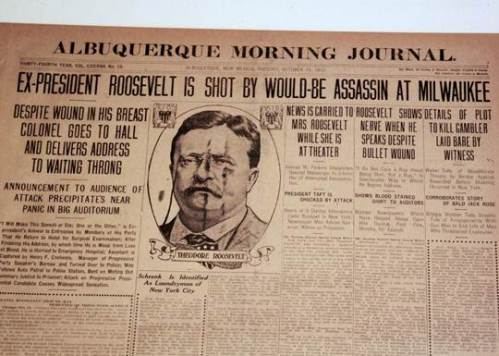 We don’t try to hide our infatuation towards Teddy Roosevelt here at America Fun Fact of the Day, and that has very little to do with the fact that great-great-grandsire Johnny Roosevelt is our editor-in-chief here.    We’ve extolled his American greatness here before, and the greatness of his children time and time again.  The man was badass, to put it bluntly, and we could write in depth AFFotD articles about hundreds of the things he did in his life.  But when we think of Teddy Roosevelt, there’s one story in particular which really shows that, as far as unbridled American badasses go, Roosevelt was the cream of the crop, a giant among giants, and the kind of person you most definitely would never want to fuck with.

This is the story about the time someone tried to fuck with Teddy Roosevelt.

The Teddy Roosevelt Assassination Attempt of 1912 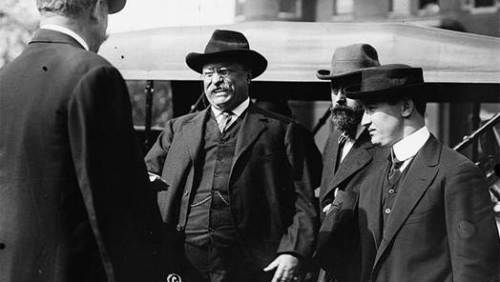