Movies That Should Never Have Been Nominated for a Razzie

“Honestly, if you’ve never even once said the name Neil Breen out loud, your opinions on bad movies are null and void.” 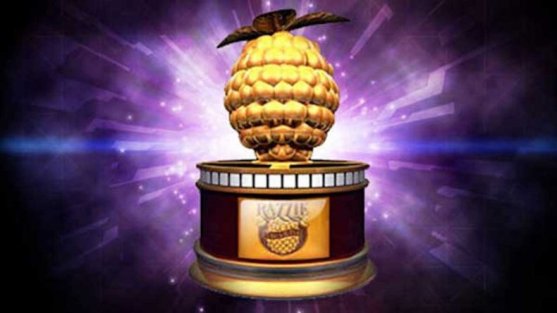 In 1981, the first Golden Raspberry Award ceremony was held in the living room of John J. B. Wilson, a co-founder of the award who also has too many periods in his name. Initially an inside joke with his film industry friends, it has since gone on to gain notoriety as a sort of “anti-Oscar”, crowning the worst performances or achievements in Hollywood each year.

It’s an antidote to the typical award-season sycophancy that happens at the start of each year, a way to punch up and call out the rich, famous and beautiful for their poor, lazy, or disinterested decisions.

That can include a notorious shitposter and video game adapter like Uwe Boll, or Oscar winners like Halle Berry and Sandra Bullock (both of whom are among the few to give their own acceptance speeches).

In 2022, the “punching upwards” to poke fun at the rich and famous that attracted many to the award increasingly feels like it’s merely punching parallel. The film industry is struggling, going to the theaters is still a potentially risky venture, and we’re starved for any and all content we can get right now. Talking about how “stupid” or “pointless” a movie that employeed literally hundreds of people during an economically unsure time seems a bit tone-deaf in this current cultural environment.

What we’re trying to say is, maybe the Golden Rasberry Award, a.k.a. the Razzies, need to re-think how they direct their snark. Listen, we know, our whole thing is snark. We literally wrote over a thousand words trying to dunk on a shitty pizza chain that emailed us some swear words one time. We had friends that asked us why we would even bother! They were like, “So instead of ignoring the emails, you responded back to take screenshots and dunk on them? What is wrong with you!?” And we justified it, because making fun of these people is good content. They started it, anyway! Fuck em! Ah, it was a much simpler time.

That said, the Razzies just listed their 2021 nominations, and we realized it showed the same short-sighted, and occasionally elitist, attitude that the awards have always had. Six-time Oscar-nominee Amy Adams was nominated twice, for Dear Evan Hansen and The Woman in the Window, the former you remember because of its use of a 28-year-old playing a 16-year-old (or whatever, high school age. Don’t fact check us, we could not give a shit), and the latter being um, a movie that we guess we heard about once? It’s based on a book right?

What we’re saying is, Amy Adams should be part of a Leonardo DiCaprio conversation of “when is she gonna win her Oscar.” Not a sudden two-time Razzie nominee. We don’t need our national treasure, star of Arrival and Talladega Nights, slighted like this during a pandemic.

Ben Affleck was also nominated for The Last Duel, a film for which he’s received multiple accolades and was, at its very worst, a well-made movie that was too long and had like, way too much rape in it? The most generous reason we can think of for Affleck’s nomination here was that he had a bad wig. The most likely reason? He’s dating J-Lo again, and the Razzies think she can do better.

So what’s our point here? The Razzies are full of gossipy bitches that can’t find their own drama.

They also have historically proven to be somewhat cringey, planting their “this is a bad movie” take in movies that turned out to be great. Basically, the Razzies need to take a step back and reassess how they view movies. Because all of the following films are actual Razzie-nominated features that, we think, showed the Razzies going TOO FAR.