“No, dammit, I said weird things we’d WANT to eat.  Yes, we’re going positive this time round.  No, I’m not drunker than normal.  Just get it done.”

When we talk about food here, outside of the general “fried?  Gimmegimmegimme” context, we have a tendency to focus on strange flavors or, God forbid, Japan.  That also applies to our discussion of potato chip flavors—generally, when we take the time to describe potato chips to you, the reader, we talk about flavors that other countries like to use, and why those countries are wrong and bad.  We mention potato chips that you haven’t heard of because you live a good life and avoid bad things, and most other countries like to hawk terrible potato chip flavors, and they can go to hell and take their ketchup flavored potato shavings with them, those sons of a bitches.

But we’ve decided that today, just this once, we should try to be positive with our guidance.  So we’re not going to talk about awful potato chip flavors you didn’t know existed.  Instead, we will discuss underrepresented potato chip flavors out there, and let you know what you’re missing. 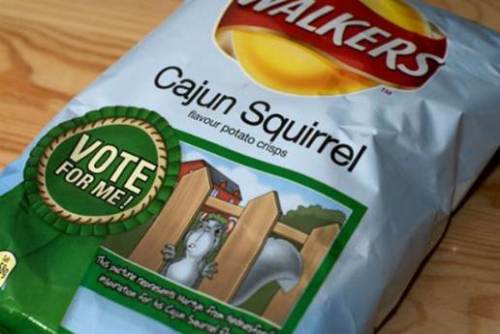