The Regional Italian and Submarine Sandwiches of America: The South

“New Orleans, please, guide us back into the welcoming arms of sandwiches that actually exist and aren’t goddamn sarneys.” 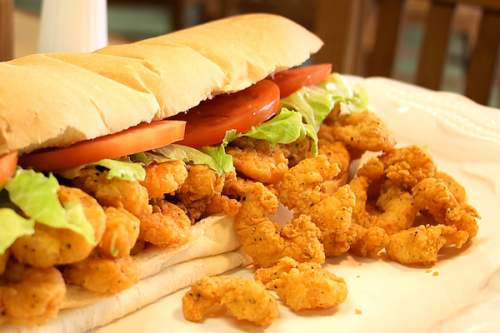 Throughout the course of about 9,000 word and 21 sandwiches (so far) we’ve learned a lot about the diversity of America’s lunches.  In trying to discover every type of submarine sandwich, or sandwich on a long roll that can somewhat remotely resemble a sub, we’ve lusted after the Philly cheesesteak, we’ve saluted the simplicity of the sub or hoagie or not hero because we arbitrarily decided that we hated New York’s reason for naming it a hero.  We’ve existentially pondered the creation of the French dip, and we’ve lost most of our collective minds at all the goddamn sandwiches that seem to have been named by like, the only three fucking people that use that particular term to describe sandwiches.  Tunnels?  Who calls their sandwich tunnels, huh?  That’s stupid, they’re stupid, and they should at least post a blog or something about who first started calling them tunnels so our staff can finally have a peaceful night of sleep.  Now, we just toss and turn.  “But what the fuck is a bomber?  What the fuck is a bomber.”

We’re tired.  We’re hungover.  We haven’t shaved for days.  But hey, we have a lot of delicious southern long roll sandwiches to talk about, and practically all of them exist!  Yay for that!

The Regional Italian and Submarine Sandwiches of America: The South