“Arms are for pussies.”

A lot can be established about how great of an American you are by the nickname you’re able to earn.  Andrew Jackson was called “Old Hickory” because he beat the shit out of people with a hickory cane.  Hawkeye on M*A*S*H got his nickname due to a book that, though we’ve not read because, come on, we assume has to be about killing Indians since it’s called “The Last of the Mohicans.”  Lou Gehrig was called “The Iron Horse” because that’s just fucking awesome.

We here at AFFotD try, with limited success, to fashion appropriately badass American nicknames.  One of our staff writers just goes by “Hood” because he wears a hood over his head every day, which is sort of annoying, but the name stuck at least.  One of our accountants tried to get people to call him Fucksaw, but that never caught on.  Kiefer Sutherland only goes by the nickname “Jack fucking Bauer” and we wouldn’t have it any other way.

And when it comes to nicknames, and Americans, few top that of Gary “Bandit” Mays, a man who managed to get the awesome nickname normally only reserved for Burt Reynolds without having ever played professional sports.  Of course, this two sport athlete, who went toe-to-toe with Elgin Baylor, was a top prep star catcher who was a finalist for finalist for Washington D.C.’s best baseball prep star of the year, was unable to find luck in the big leagues, due to the prejudices of the world in the 1950’s.  As a black man, he was subjugated and unable to show his potential to the world.

He also had only one fucking arm, but trust us when we say that racial prejudice was the only thing that held him back. 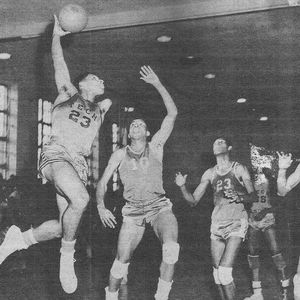