The Most Absurd College Bowl Game Names of 2018

“Congrats, after a full season of hard work, your team has been selected to play…The Dollar General Bowl. We’re so sorry.” 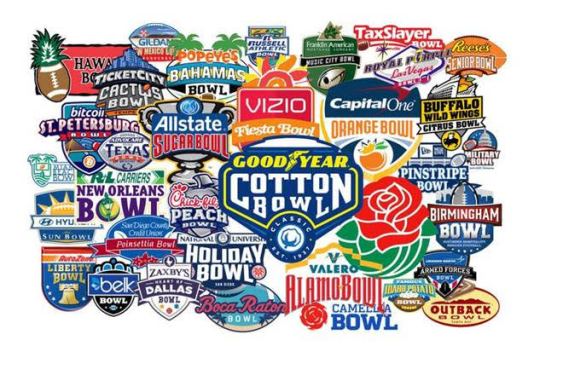 There’s a lot of money to be made in College Football. No, not by the players, that’s ridiculous. Obviously, we’re talking about the money out there for schools and the NCAA in general.

Yeah, no, fuck those students, they get to go to school for free, and all it costs is spending countless hours practicing, weightlifting, and training, and then putting their bodies in peril every Saturday for three months. But again, everyone else, they’re able to get a lot of money from College Football. And nowhere is that more evident than during Bowl Game season.

This Saturday the Celebration Bowl will kick off a slate of games that, between ticket sales, sponsorships, and naming rights, exist solely as cash grabs for schools across the nation. Every team that mustered up six wins will go ahead and play each other for a bonus game of which only a handful carry any real stakes.

So let’s talk about all of the Bowl games that have hilarious, silly names, shall we?

The Most Absurd College Bowl Game Names of 2018