We Need to Talk about 2014’s Christian Mingle

“We need a hero in this nation at the moment. I am not that hero. I am, however, someone willing to get drunk and talk about a 6-year-old Christian romantic comedy. Which works in a pinch.”

Hi America. It’s me. Johnny Roosevelt. I know I typically leave the article writing here to my staffers, and only really come out of the woodwork to talk about really important matters, such as the social costs of masquerading fake news as bad satire, or Lou Bega teaming up with (the long deceased) Scatman to release a fucking JAM.

But imagine my surprise when I emerged from my yearly four-month Spirits Journey (a Spirits Journey, obviously, involves locking myself in my office with a full barrel of bourbon stolen from the Pappy Van Winkle distillery and avoiding any and all human contact until I’ve finished it) to find out that my staff walked the fuck out without telling me and we hadn’t posted anything since November.

And doubly imagine my surprise when I checked the news and saw that people were suddenly “washing their hands” and “discouraging people from normal social practices, like playing the ‘how many fingers can I get in your mouth’ game with elderly strangers.” So yeah. It’s a strange time to be living in America, especially when you’re nursing a four-month-bender hangover. People are scared. People are panicked. People are treating toilet paper rolls like they’re tulip bulbs in 17th fucking century Holland.

We need something to unite us. Or, at least, distract us in a way that isn’t rich people singing John Lennon’s most overrated song of all time.

What we need…is to talk about the romantic comedy film of 2014, Christian Mingle. Because holy shit.

We Need to Talk about 2014’s Christian Mingle 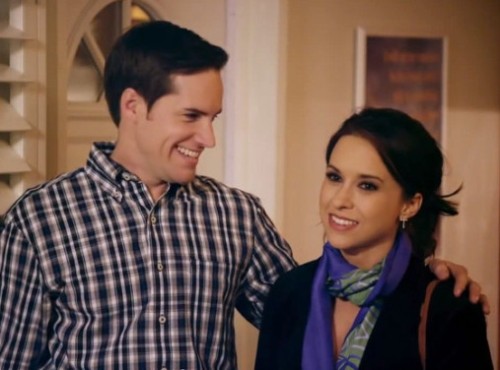 First, a word on faith, because nothing says “an article clumsily introduced as a way to unite people freaking out about a pandemic” than talking about goddamn religion from the get go.

In general, we support you believing whatever you want to believe, so long as it’s not something like “there is a Nazi base at the South Pole” or “actually British cuisine is fine.”  So long as you’re not a dick to other people who don’t agree with you, practice any religion you want in any way you want to.

That goes for Christians too. Including those among you who, despite being among the vast majority of the population, have immediately worried that this article is going to lightly make fun of your beliefs, which is persecution on such a terrible level that you couldn’t imagine any single person suffering such indignation.

Here’s the thing. 99.5% of Christians in America are charitable, kind, and understanding people who use their faith to positively impact their lives. And the other .5% gets really excited whenever an explicitly “Christian” movie is released. Which gives us the roughly 132 people who have seen, and love, 2014’s Christian Mingle, starring Mean Girl’s “Huh, So She’s Like Super Christian Now” actress, Lacey Chabert.

Otherwise known as “the other one” of the Mean Girls

Speaking of plot points, strap. The. Fuck. In. Y’all. Christian Mingle follows a successful ad exec (natch) who becomes the sole unmarried member in her group of friends (think 27 Dresses but with *taps chest, points to the heavens* Jesus). She sees an ad for the dating site, ChristianMingle (as you do) and decides to sign up (it’s important to note that she does so earnestly, and not as a joke like most of our staff has in the past).

When she matches with, and we swear this is his actual honest to God (*chest tap, point*) name in the movie, Paul Wood (*waits three years to stop laughing*) she decides to lean into the Christian thing, despite not having gone to church since her childhood.

Spoiler alert, this movie ends up in Mexico for some reason

Lambert’s character, Gwyneth Hayden (a name that sounds so much like a suburban megachurch-attending grandma that we’re surprised the character doesn’t have an Etsy page where she sells nativity scenes made out of cat hair) decides to lean into the “fake Christian” thing. This involves buying the books Christianity for Dummies and The Bible for Dummies because remember when we made jokes about that book series all the time in the 90s, and it somehow popped up in 2014 in some fucking random direct to VOD Christian comedy?

Anyway, she meets his family, and goes with them to Mexico because Paul Wood’s (hahahaha) dad runs a construction company, and they go to repair a church down there. There, Paul Wood (*snort*) discovers Gwyneth’s copy of Christianity for Dummies (why the fuck did she bring it on the trip? Was she worried there would be a God quiz?) and she admits to not being a practicing Christian when she signed up for the site. This is enough to cause them to break up, because *artificial drama point to close out act two of every romantic comedy.*

So wait, which one was Judas again?

Gwyneth goes back to America, and Paul Wood (lolololol) starts dating a childhood friend who I haven’t mentioned yet because who the fuck cares. Gwyneth, and this is the actual plot point, is asked to run an ad campaign for a self-described “cure for baldness”, but refuses because she has rediscovered her faith and as such cannot lie. So she quits her job and moves to Mexico (for reasons) to be a teacher (okay).

Some months later, Paul Wood (!) returns to the village to tell her he’s dumped whoever it was he was dating, and they end up together. Romance! Faith! Jesus!

And that’s a movie! An actual movie with a budget, that people have seen, and some even like! What the shit!?

Anyway, that’s really all I wanted to say. I wanted to tell you, America, that I found out this movie exists. It made $25,000 at the box office, and we’re not missing any commas there.

Its existence is as hilarious as it is unnecessary. It’s a movie so white it claims to be 1/64 Native American when telling you its ethnicity. If a tray of nutter butters made for a church bake sale could gain sentience and write a screenplay, well, that’s no longer a hypothetical because one of the screenwriting credits went to “Betsy Anne’s nutter butter recipe.”

Every single person who lists this as their favorite movie (there are seven) were homeschooled well into college. If this movie were a person, it’d be the sweaty guy at Liberty University who has a hard time making friends because he’s “like, just a little…too into the Christianity stuff?” If you asked me to describe this movie in one word, I would do my best impression of trying not to laugh at the thought of a very loud, visible fart sounding in the middle of Easter Mass.

This movie exists, which is absurd, and I can’t stop laughing about it. Which is why, now more than ever, it’s important that we talk about it. Because who doesn’t like to laugh at ridiculous things?

Seriously, this is a thing that happens in this movie.

This is a gift. Stay safe out there, America.

This entry was posted in America Fun Fact of the Day, Miscellaneous America, Strange America and tagged America, Christian Mingle. Bookmark the permalink.