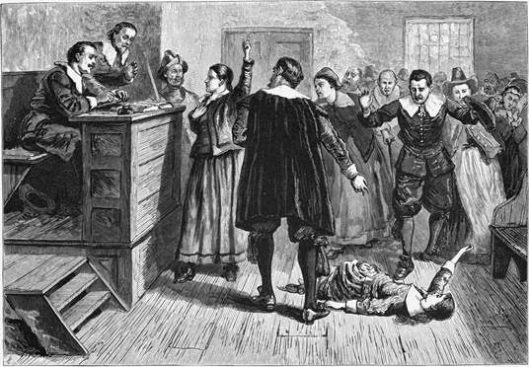 The Salem witch trials hold a place of particular infamy in American history, a stark reminder of both the complications of our Puritan foundation as well as the sins of our hysterical forbearers. From 1692 to 1693, over 200 people were accused of witchcraft crimes, leading to the death of 25 innocent people whose only crime was “did something to piss off an asshole at some point.”

But we still try to separate ourselves from these events. It was before America was America, we rationalize. It was over three hundred years ago, we say. But while the trials of Salem remain in the forefront of the American zeitgeist, we forget that there were dozens of other similar, though less widespread, witchcraft trials throughout the years. And they went on much longer than you’d think.

Here’s the story of America’s (hopefully, but who knows the way things are going nowadays) last witchcraft trial. 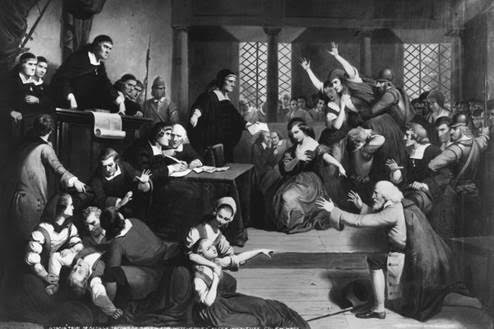 Witchcraft trials, thankfully, weren’t a super common thing once we left the 1600s, and by the time the Salem Witchcraft Trial of 1878, also known as the Ipswich Witchcraft Trial, occurred, it was considered pretty ludicrous. But that doesn’t change the fact that, you know, a judge had to literally say, “Ha ha, no, no yeah, I’m gonna go ahead and dismiss this witchcraft case right now” at some point after the Civil War.

But first, a little background. Because, like pretty much every witchcraft trial, the Ipswich trial came about because a person with some modicum of power decided they didn’t like someone else. Only this time, we get treated to a feud that centers around, of all things, Christian Science, which you might know by its more popular name “we don’t WANT to make jokes about dead kids but here we are.”

The Church of Christ, Scientist believes that only through the power of Jesus Christ can you be healed of your diseases. Which seems fine if you’ve got a plan B in play. Which Christian Scientists do not. It might be a bit reductive to say “it’s a church that doesn’t let you go to the doctor” but at least when the rest of us get appendicitis we have options. It was founded by Mary Baker Eddy in 1879, though she was writing books and preaching her doctrine well before that.

We’re not going to spend most of this article tossing insults to Mary Baker Eddy, who, among other things, founded the Christian Science Monitor and was inducted into the National Women’s Hall of Fame in 1995. But we will say that she absolutely was involved in staging a witchcraft trial where she blamed a former follower of causing bodily harm to people with his mind. 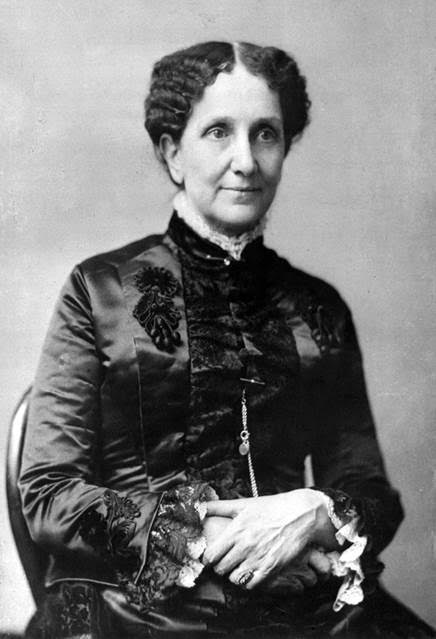 The year was 1870. A young Civil War veteran named Daniel Harrison Spofford had recently discovered some early writings by Mary Baker Glover (as she was then known) discussing her radical new religious theory, Christian Science. Intrigued, he sought her out, eventually taking a metaphysical class that she taught in 1875, at which point he rallied together a group of Christian Scientists to raise funds in order to support Glover and rent a space for them all to meet and discuss Christian Science. Basically, they were her Patreon funders.

By many accounts, Spofford was one of the best things to happen to Mary Baker, at least for a while. When she had trouble finding a publisher for her book Science and Health with Key to the Scriptures, he acted as publisher and distributed handbills to promote the book. Oh, and he also introduced her to her future husband, Asa Gilbert Eddy, so no big deal.

That said, it seems that Mar Baker Eddy was not exactly the most loyal person—after a disagreement about the publication of a second edition to her book, she kicked him out of the Association of Christian Scientists for “immorality”, tried to sue him for unpaid tuition, and broke off all communications with him in early 1878.

If you think that’s where things ended, you clearly haven’t really let it sink in that this article is about a goddamn witch trial. 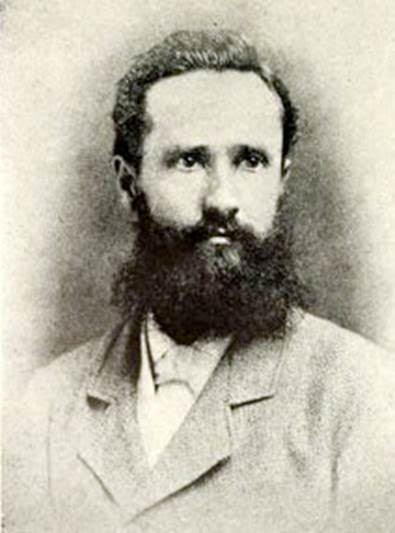 One of Mary Baker Eddy’s beliefs involved the concept of malicious animal magnetism. This concept basically states that, as you can heal yourself mentally, so too can you cause harm to people’s health through the power of your mind. And we’re not talking about small ailments here, either. In 1882, when her husband Asa passed away, she insisted it was a case of “mental assassination.”

National Women’s Hall of Fame, folks. As a result, she decided that Spofford was guilty of using malicious animal magnetism, or as it’s actually-not-us-joking called, MAM, against herself and her followers, and figured, well, that’s basically witchcraft, right? SO BURN THE WITCH!

Granted, she herself did not accuse him of these crimes, but her hands were definitely pulling the strings. One of her followers, the 50-year old Lucretia Brown, was a spinster who was left invalid after a childhood spinal injury. She felt that she was healed through the work of Mary Baker Eddy and the Christian Scientists, before suffering a few relapses in the late 1870s.

Were these relapses the result of the fact that she had a fucking permanent spinal injury? Or was a guy who recently got on Mary Baker Eddy’s bad side sending death waves with his mind? Clearly it was the latter, and she filed a lawsuit against Spofford stating he “is a mesmerist, and practices the art of mesmerism…and uses his said powers and art for the purposes of injuring the persona and property and social relations of others and does by said means so injure them.” Basically, a witch! 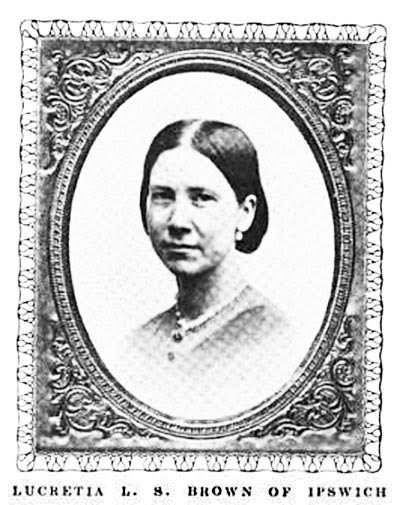 Brown and 21 witnesses (some of whom were straight up told what to say by Eddy) went down to Salem, Massachusetts to file suit, which caught a fair amount of media attention because it was the late 1800s and somehow the words “Salem” and “witch trial” were appearing without the words “you know like from 200 fucking years ago” as part of the sentence.

The Christian Scientists made claims that Spofford like, brain zapped them or whatever, and when it was Spofford’s turn to testify, he rightfully said, “What? No this is stupid” and didn’t show up to court, instead having his lawyer file for dismissal of the case, which of course it was. The judge made a point of saying that, even if Spofford could harm people with his mind, that the court had no way of preventing that, at which point we’d imagine the judge went home and drank himself stupid for even having to address such a dumb fucking thing in court.

The plaintiff’s attorney in the case, Edward Arens, appealed the dismissal, saying that mesmerism was definitely a thing existed, to which (heh, witch) the judge said, we’re assuming, “Oh shut the fuck up, Ed.” Eddy would get slammed in the press, because even though we were backwards on a lot of things in 1878, we as a nation were still far enough along to know that you should absolutely talk shit about anyone out there bringing witchcraft trials into the court system.

Ultimately, nothing came out of the last witch trial in American history, except for a judge having to waste three days of his time on a goddamn witch trial. Oh you read that right, the trial started on May 14th and wasn’t finally dismissed until May 17th.

How the hell did it take that long to toss out the witchcraft lawsuit? We have no idea. Maybe people were just bored there and figured, hey, this trial is at least better than lying around waiting for someone to invent a goddamn radio.

Anyway, America spent three days seriously listening to a witchcraft lawsuit 141 years ago, and that’s just something we’re all going to have to live with now.