The 1778 American Invasion of Whitehaven, England

“Yeah I’ll invade England, whatever, I do what I want, you ain’t the boss of me.” 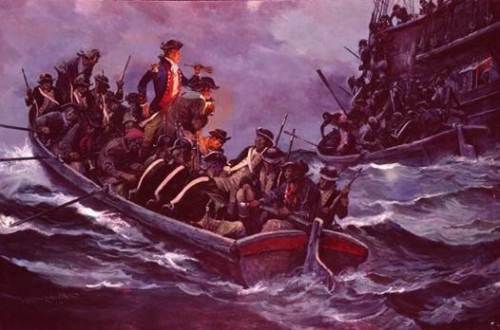 Considering that we wouldn’t have ended up becoming a country if the end result had gone a different way, it’s surprising how little about the Revolutionary War the average American is aware of.  We know about the Declaration of Independence, and Concord and Lexington at the start of things.  We know Bunker Hill.  We know that Benedict Arnold was an asshole, and that Nathanael Greene was a badass, and that Yorktown pretty much sealed the whole deal for us.  But apart from the founding fathers, and some iconic imagery of George Washington, when we think of the American Revolution we think of the early battles up until, say, Saratoga…and then, us eventually winning.

There were four years of war between Saratoga and Yorktown, and in general our history books kind of gloss over that period.  Pretty much the only people talking about that time period were, say, the screenwriters for The Patriot, and even with that you’d not immediately recall that the climax of that movie was 1781’s Battle of Cowpens.  We bring this up not to shame our history teachers—we get it, there’s a lot of important stuff to get through, and you might as well focus on the greatest hits—but rather to remind America that there was a lot of badassery going down in the American Revolution that gets swept under the rug.  We’re here to lift up that rug and show you those awesome, awesome dustballs.

The 1778 American Invasion of Whitehaven, England 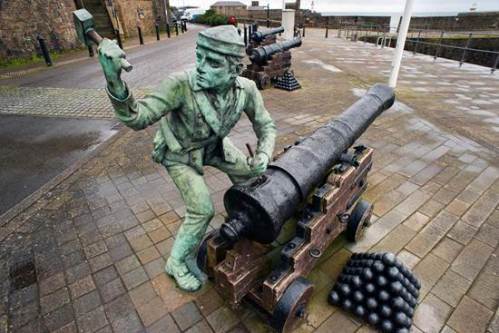 While the American Revolution was fought largely on land, it also marked the first time we built an official Navy, and while the Continental Navy was not a powerhouse by any stretch of the imagination, they managed to disrupt British attempts to supply their own army, and at the very least served as an effective pain in the ass for the British navy.  One particular officer, sharing the title of “The Father of the American Navy” along with John Barry, was John Paul Jones, a Scottish sailor who devoted himself to the American cause and put all the effort into screwing over the British you would hope to see from a pissed off Scotsman. 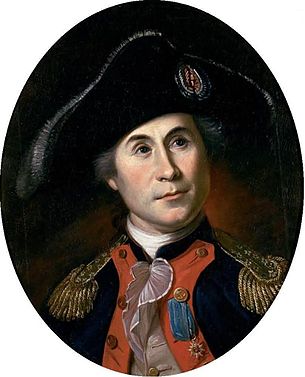 Pictured here, immediately after kicking a member of the Queen’s Guard in the groin to see if it would make him move.

John Paul Jones first began his mercantile career at the age of 13, sailing out of Whitehaven (yes, the same Whitehaven that we invaded.  Yes, we invaded Whitehaven mainly because his response to starting his career there was “Fuck this place”).  He worked primarily on merchant and slave ships before quickly abandoning a lucrative position on a particular slave ship, as he was disgusted by the profession.  He eventually became captain of his own brig thanks largely in part to a case of “the captain and second in command died of yellow fever” before losing that command a few years later in 1770 after he flogged an insubordinate sailor to death.  To be perfectly honest, John Paul Jones was, by most accounts, kind of a dick.

His reputation suffered greatly, since whipping your employees to death was still a frowned upon act even in the 18th century, but he still received another command shortly after engaging in commercial speculation in Tobago for 18 months until he killed a crew member in a sword fight after the crewman became mutinous and demanded higher wages.  Again, John Paul Jones was kind of a dick.

John Paul Jones, after dipping his sleeping friend’s hand in a bowl of warm water

After, you know, straight up killing a dude, he came to America, partly to attend to the affairs of his deceased brother who had been living in Fredericksburg, Virginia, and partly because he probably would have faced some discipline for straight up killing a dude.  Upon seeing America for it’s awesomeness, he became increasingly fond of his new nation, describing it as “the country of his fond election” and it wasn’t long until he joined the American Navy in order to fight against the British.  He commanded several vessels in the Continental Navy, and was the first man to hoist an American flag over a naval vessel (though he used the Grand Union Flag, since our current flag had not yet been designed).  Eventually, he took command of a small ship called Ranger, which he sailed to France.  It was there that he began his plan to fuck with England’s head.

John Paul Jones spent most of the war stationed in France, where he aimed to disrupt British shipping lanes from the East side of the Atlantic, while also drumming up French support for the war effort with Benjamin Franklin, John Adams, and Arthur Lee, which eventually culminated in the signing of the Treaty of Alliance between France and America on February 6th, 1778.  The Ranger, eight days later, became the first ship to be formally saluted by the French.  That April, he finally took the Ranger out to the British West Coast.  Where things got real.

Pictured above—the kind of dreams that wake John Paul Jones up with an erection.

Okay, full disclosure here, as far as attacks or wartime efforts go, the invasion of Whitehaven wasn’t particularly impressive.  It was actually bungled as fuck.  However, it’s one of our favorite moments of America’s early history for three reasons—first of all, by some accounts, it was the first successful invasion of England in over 700 years.  Secondly, it helped establish the American Revolution as something not to take lightly, and was a very powerful moral victory that ensured other neutral nations would respect America’s military prowess, and finally, the primary reason for its failures had to do with a large contingency of American sailors getting wasted on the job, which we fully support.

The mission occurred on April 23rd of 1778.   John Paul Jones told his men the plan- assault Whitehaven, a port on the coast of Cumbria which, as mentioned previously, was where Jones started his career, and cripple an important British port, possibly while chanting “Look at me now, dad.”  We imagine he persuaded his crew to participate by shrugging his shoulders and saying, “Come onnnn, you guys” and “fuck that place, man” repeatedly until they gave in. 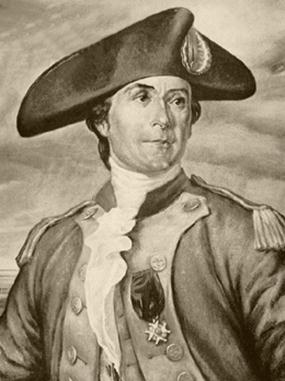 Okay, real talk, it’s not inconceivable that he just whipped the shit out of the crew until the capitulated.  It’s in the realm of possibility, is what we’re saying.

The attack was to occur at night.  Two boats with 30 armed men would land at the harbor, where they would spike the weapons of the two overlooking forts (basically by hammering in giant nails into the firing mechanism of the cannons) before setting fire to the 400 anchored merchant ships in the port, which would be mired by low tide at the time.

The two ships of crew made landfall moderately undetected, though due to difficult wind and tide conditions, it took them several hours longer to make landfall than the plan called for.  As a result, while they were able to spike the cannons, which could ensure that they’d be able to retreat without being fired upon, they had run out of lantern oil, and only had enough fuel to start a fire on a single ship, The Thompson, a coal ship bound for Dublin, which they did after taking members of the crew hostage.

While Jones’s group went about starting fires, the crew of the second ship went to a public house alongside the port, partly to make sure no word got out of the ongoing invasion, and also partly to lie about getting additional fuel when everyone there was just getting drunk at the pub instead.  Because that’s totally what happened, with Lieutenant Wallingford (who was clearly the “cool, party-loving mom” of the group to the “no-nonsense dad” approach of John Paul Jones) leading his men right into a pub and getting too drunk to finish out any of his assigned tasks.

Sadly, it would be the last night of getting drunk in the line of duty for Wallingford, as he died in the line of duty the following day during the Ranger’s naval battle with the HMS Drake in the North Channel separating Ireland from Scotland.  And now you’re all bummed, so let’s get back to the drunken invasion of England.

At least Wallingford died like he lived—hungover as hell, being yelled at by John Paul Jones

Meanwhile, as the Thompson burned, one of Jones’s men decided to go door-to-door to politely tell the people of Whitehaven to get the fuck out of there, because the whole place was going to go up in flames.  While this was a nice thing to do in the sense that there were no civilian casualties as a result of the city going up in flames (in fact, there were no casualties during the course of the entire invasion), it did give the residents of Whitehaven enough time to grab their fire engine and stop the fire from spreading to any other ships.  By this point, the sun was up, and Jones and his men retreated back to their ships, leaving a series of disabled guns and a slightly charred coal ship in their wake.

Despite failing to reach their goal of destroying 400 ships, and instead settling for “messing up just one,” this was largely considered an American victory—panic swept through parts of England, who suddenly found themselves far more concerned about the security of their own shores than about a revolution occurring across the Atlantic, while Jones was hailed as a hero in America (and a viscous pirate in England).

Jones would go on to capture the Drake the following day (while, as mentioned, losing one of his best drunk marines) in one of the greatest naval victories of the American Revolution, though he is best known for his 1779 victory over the 50-gun warship HMS Serapis when, as his own ship was sinking, he responded to a demand to surrender by shouting, “I have not yet begun to fight!”  He boarded and captured the Serapis a few hours later, and didn’t even beat up any of his crew to pull it off.

But in our minds, and our hearts, we’ll always remember John Paul Jones for the time he decided to invade England, just to show those limey bastards he can.  And for that, we salute him as an American hero.  A bit of a dick, sure, but a hero nonetheless.

4 responses to “The 1778 American Invasion of Whitehaven, England”