“How is this city not the most well-known city in America?  Its name is GLORIOUS!” 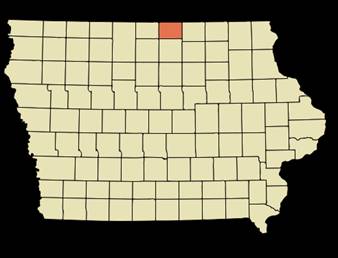 America is a land filled with hundreds of thousands of cities and towns.  But just because naming a location is one of the easiest ways to establish yourself as badass, for every Climax, Michigan there’s 49 separate Greenvilles.  Seriously, if you don’t live in a state that ends with “awaii” you live in a state that has a Greenville.  Congratulations America, Greenville is about as unique in America as suburban summer festivals headlined by middle aged cover bands.

But when America finds a solid town name, they really go for it.  And while we’ve previously given you a glimpse into the state of Iowa through employee travels, we’ve yet to touch upon the best named city in the entire state.

That’s right, this little town of 1,342 is going to get the Fun Fact treatment, because fuck it, why not?

First of all, let’s just get this straight.  Someone, somewhere, founded a town on about 1.4 square miles and said, “This location?  It feels…it feels pretty damn manly.”  Of course that’s not the actual story behind the founding of the town, but shut the fuck up if you try to tell us otherwise.  The town was actually named after Central of Iowa’s freight agent, J.C. Manly, and was founded at the spot where two railroads basically intersected.  But that’s far more boring, yeah, they just decided it felt manly.

Pictured above- the founding of Manly, Iowa

Now what kind of things can a town from Manly have that its name doesn’t already say for it?  Well, not a whole lot that would necessarily “surprise” you, but fuck it, we’re going list off all the actually true facts about Manly, Iowa.  Because America needs to know as much as they can about this glorious land.

1: Their school colors are black and blue, and their mascot is the Panthers 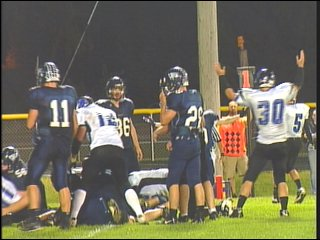 We can’t prove this one way or the other, but if we had to guess, their fight song was written by Johnny Cash while under the influence of prescription medication, and June Carter was only allowed to listen to it after she got a hysterectomy.

Given that we only know the colors, mascot, and name of their high school, the rest is left to pure conjecture.  We can’t definitively say things like “their football team made steroids mandatory, and they haze their freshman by forcing them to eat vegetables instead of hormone-pumped beef for one meal a week” but it wouldn’t surprise you, would it?

There’s no way to tell if they end each school year by giving their prom king a loaded shotgun while giving their chess team a two minute head start.  But what we can say is that you wouldn’t be that surprised if this was true.

2: They have a bitching water park and a kind of depressing skate park

While we applaud this small town for having a webmaster and setting up its own website, we sort of wish that they would do more than just tease us these locations that don’t get their own website.  Yes, that picture is tiny, and that’s the actual size of it on the website.  That just seems unfair, doesn’t it?  Doesn’t just seeing “Manly Aquadic [sic] Center” and “Manly Skate Park” make you want to do nothing but be at those places?

Honestly, kudos for Manly for realizing not to name any of their attractions after any individual—the Manly Skate Park has two blue ramps in the backyard of what appears to be a barn, but you still kind of want to pretend it’s 1998 and skateboard there just because of its name.  If you skin your knee while rocking some sweet ollies at the Manly Skate Park, you automatically gain three pounds of muscle weight.

Yes, despite the name, the Manly Skate Park does seem to be a bit of a dud (they probably spent more time coming up with that list of rules than they did hammering together their eight 2X4s and painting it blue).  And as depressing as that skate park looks, it is more than made up for the fact that the Manly Aquadic Center looks like it is the best place in the history of water (take that, Atlantis).

Seriously, here’s a video of the park’s opening day, set to 1960’s beach music.  There is a basketball hoop, you guys.  For basketball.  In the water.  And you like your pools to have diving boards?  Fuck that noise, they have a goodamn water slide!  We want nothing more than to be on that water slide at this very moment, and it’s the fucking winter right now.

Plus, we have to salute Manly for misspelling “Aquatic” to be “Aquadic.”  It sounds like what Aquaman gets called behind his back.

3: There are two police officers in Manly that operate out of a house and they know you won’t fuck with them (because, you know, Manly) 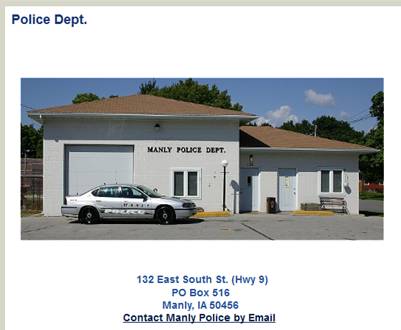 Do you see this up there?  That is the entire police department of the town of Manly.  That is a car, a garage, and two studio apartments.  If these resources were suddenly used for, say, a pot growing enterprise, they wouldn’t have enough in assets to even get their startup money.  And that’s just how manly this town is.  There’s no “police presence” on the streets, there’s two dudes in a small house with a bench in front of it occasionally speaking into an blow horn to say, “Go ahead, try something, we fucking dare you.”

Seriously, they dare you.  Here are their two police officers.

Just for reference’s sake, there are two registered sex offenders in Manly, Iowa for every one cop.  We honestly don’t know how that ratio compares to other cities, because we’re too busy not trying to terrify ourselves every time we walk by ourselves at night, but we’re just going to go and say that if these two are so comfortable handling all police duties, they’re the kinds of people we don’t want to mess with.

Also, the guy on the left has the kind of smile that tells you that he’s absolutely shot someone down in the line of duty.  Aaron Lee Pais does not fuck around.

4: We have officially written more about Manly than their entire website. 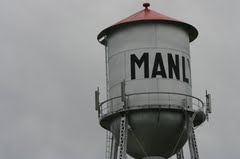 That’s just a point of pride.  We’re only hoping we can get some of that magical America dust that is in the air of this town comprised of 1,342 Ron Swansons.  We don’t know if there’s a Man card or something you guys pass out, but our staff would love nothing more than to visit your fine town, Manly.  We’re totally calling first dibs on the water slide.

12 responses to “Manly, Iowa Is a Gloriously Named American City”

Leave a Reply to Will Sartin Cancel reply