The Informative American Presents: What Scares Us? A Terrifying Look at America’s Fears (Originally Published April, 1950)

America puts on a pretty brave face, but if you think about it there are a lot of things that scare us.  China, the national debt, the fact that China has us on the hook for a terrifying amount of the aforementioned national debt, all of these things keep the President awake at night (but not for long, because the presidential silk pajamas are so comfortable).

But that’s just what 2011 America worries about.  Sometimes we like to sit back and wonder, how would America in 1950 react to the terrifying truths of the world changing around it?  Well, that seems as good of a time as any to dig into our stacks of The Informative American and see what our AFFotD predecessor was terrified of back in the 1950’s, and sure enough, it was a tried and true mix of understandable and terrible.  So without further ado.

The Informative American Presents:  What Scares Us?  A Terrifying Look at America’s Fears (Originally Published April, 1950) 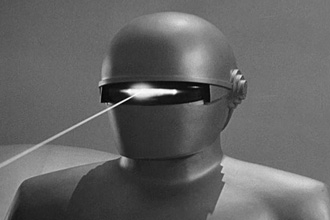 YIKES!  What’s that up there?  No, it’s not one of these “Filipinos” you’ve been reading about in the papers, but that does bring us to the point of this issue of The Informative American.  What keeps you up at night, sweating and cursing the snores of your wife?  Loud noises?  The word “moist”?  Your latent attraction to the landscaper you just hired?  Yes, yes, every American man fears these things, and next time you need to put your foot down and demand that your wife hire a far less handsome and rugged looking gardener.

Have you ever noticed that the word handsome, if broken up, is “hand some.”  We’d sure like that Enrique to “hand some” to us.  Wait, what?  What happened?  Where are we?  Uh, someone clearly kidnapped us, wrote that last sentence, and then put us back here.  That is terrifying and totally true.  If we start yelling you’ll know that we absolutely were kidnapped just then.  WE ARE SO SCARED RIGHT NOW BECAUSE WE CLEARLY DID NOT WRITE THAT!

Holy Hellspawn, America, we know this is pretty standard, but can you think of anything more terrifying than the creeping, crawling arachnid beasts that never stop crawling on us after we take some of that Morphine we’ve needed ever since WWII?  Spiders instill a primal fear in every American for a variety of reasons, but we shouldn’t have to explain them for you in these pages.  They’re hairy, sometimes deadly, predators that each contain the soul of lost dogs that are put down in the pound.  Remember, every time you see a spider, it’s actually a Golden Retriever hunting down every single family that chose not to adopt it because it “smelled funny.”

“Stand still ma’am, that should kill it.  Expect your eyesight to return in two weeks.”

Thankfully, the government has invented a wonderful and safe product called “DDT” which of course is an acronym that stands for “science.”  By spraying these in the trees and directly into bird’s nests, this miracle product looks spiders right in their series of eyes that haunt you for you know not which eye is gazing into your soul and shouts, “Go to hell, and tell them Uncle Sam sent ya!”

Holy Pinkos, American.  The recent influx of Soviet sympathizers in our ranks is enough to make us fear for the charred remains of our liquor cabinet being all that remains after the bomb drops.  Communist subside on the virtue of children,  and their favorite drink is prepared by wringing the American Constitution after it has been soaked with tears from the President.  A Communist is anatomically incapable of performing the physical act of love- instead they reproduce be forming pods on their backside that eventually erupt into Communist clones that are pre-programmed to hate Liberty and freedom.

If you ever meet a Communist, you should be able to tell, since when you ask them their name, they will respond by opening their mouth and screaming the sound of a thousand innocent souls being extinguished into nothingness.  And they they will likely say, “Excuse me, I meant to say that my name is Vladamir.”

Don’t let this one keep you up at night, America.  Let’s just say that Uncle Sam sure gets “Red” when he sees all these Communists around.  Whenever the good old boys in our government spot one of those Communist rascals, we tan his hide until he’s covered in “Marx” and he’ll be begging us to be “Lenin” him go back to Russia.  And that’s when he’ll “End Up in a Shallow Mass Grave Somewhere In Utah.”  Ha ha!

(WHY THEY MAKE US GO “AGHHHHH!” IN THE NIGHT)

(Holy whispering, America, we HAVE to whisper this part because these “Johnsons” seem to have devilishly good hearing, and apparently our walls are not particularly thick.  But just look at that group.  There’s something suspicious.  The husband claims he’s a “lawyer” but, well, let’s just say we’ve never seen him in court any of the times we’ve gone in to get that fine reduced on our Driving Under the Influence tickets.  But just look at them.  We’re as progressive as the next people, but clearly they’re planning on robbing us, right?)

(HOW IS OUR GOVERNMENT MAKING US SAFE?)

(Well, the government hasn’t told them that they can’t move in next door, but at least they have to go to different schools so that…) Oh, hello Mr. Johnson.  What’s that?  No, we’d rather call you by your last name, don’t have to bring any first names into this.  What’s that?  What?  Were we talking about you?  Of course not, where would you get such a crazy notion.  Alright, well have a good day of work at the “court room.”  What?  No, we didn’t say “court room” funny.  What do you mean, we did it again?  Well, anyway, off you go Mr. Johnson.

Holy empty eyes of the innocents we have wronged, America, the dark is when you are most alone with your thoughts, and you have to face your true demons.  Most Americans spend most of their day doing things that any lesser nation would frown upon because of their laughably naïve “consciences” and “ability to ask the question ‘is it really necessary to stab the paper boy in the eye.’”

In broad daylight, you can gaze around at the signs of American enterprise to remind you why you’ve done what you’ve done, and you don’t have to think about the day where you stand before a vengeful God to beg forgiveness for the many wrongs you have committed.  But when the lights go out, you are alone with your sins, and oh how they haunt you!  We swear, we didn’t see him crossing the street.  Sure we could have stayed and called an ambulance, but the damage was done, and we didn’t want to go to prison!  Our incarceration wouldn’t do anything to bring that little boy back to life!  Oh God we’re so sorry!

Street lights!  Glorious street lights!  Let your electronic glow wash our sins away from our bedroom window!  Uncle Sam knows our sins for he has sinned too, and he understands the loneliness that you find in the dark.  He understands!

5.       YOUR DAUGHTER TAKING PART IN THE CONSENSUAL, BEAUTIFUL ACT OF LOVEMAKING 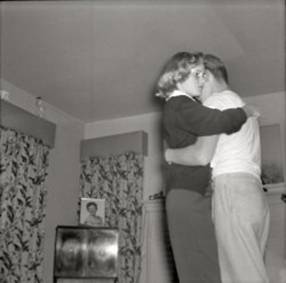 HOLY FUCKING SHIT, AMERICA!  You’re shitting us, right America?  Let someone else’s daughter be constantly defiled by someone else’s disappointment of a son.  If you were unfortunately cursed to find  yourself with a daughter who isn’t even physically capable of playing a game of catch in the backyard (not that you’d ever try to find out) you no doubt are guarding her chastity until you begrudgingly allow her to marry a man she seems disinterested in who has a promising management job at the Henderson’s Jar Factory.  But until that point, she’d better not enjoy the carnal pleasures of her “single life” like you did when you were a child.

Yes the mere thought of one of those slimy “boys” from the High School taking your daughter up to that bluff that you’ve heard unsavory rumors regarding might make you so sick with rage that you write a threatening note and slip it under your neighbor’s door.  But once you wake up from your rage coma in a pool of blood (he was homeless, no one will look for the body) you might come to a terrifying, but strangely freeing realization.  An epiphany.

Maybe, just maybe, you’ll come to the understand that no matter how hard you try, your little girl is going to grow up to be her own woman.  She will be independent from you, and able to make her own decisions, and hopefully you raised her well enough so that those decisions she makes end up being the right decisions.  And even if she doesn’t safe herself for marriage, as long as she saves herself for the right person, well, there’s something inherently beautiful about that in its own right.  Life is full of road blocks and speed bumps, but learning to navigate those through trial and error is just part of the thrill of being alive.

Unless bill 3895 passes, which will allow you to forcibly trap your daughter in her room until the age of 21 while you screen potential suitors based on their Dowry offerings and financial stability.

Which we of course introduced to Congress.

Write your local Congressman or Congresswoman (ha!  Just kidding on that second one.  Could you imagine?) and tell them that you want them to vote YES for Bill 3895.  Our ability to not have to learn how to raise our daughters well depends on them.  The government can take all the care and worry out of female child rearing away just with one “aye” vote.  So band together America!  If we can cure our fear of our Daughter’s blossoming sexuality, what fear can’t we cure!?