If there’s one complaint people have about baseball, it would be that it’s too straight laced.  That is, if they have a complaint about baseball.  That’s usually because baseball players only show a lot of effort for short periods of time before resting a while.  It’s the only sport that has a bench that doesn’t require a bench, because honestly, when was the last time you saw a guy walk to the dugout and need to rest his legs? 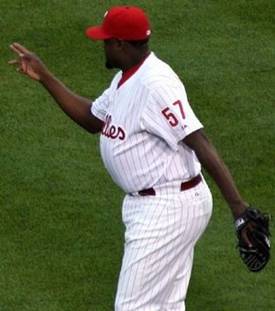 But if there was one man out there that understood how to jazz up Baseball and take an American sport even more American by adding something crazy, it would be the great Bill Veeck, a man who saw a sport that could be stuffy and uninviting and decided to liven the hell out of it, likely saying, “We gotta do something to make this game more exciting.  You know, something like a midget baseball player.  Well, not a midget baseball player, but you get the idea, something like that.”

Yes, Bill Veeck was a unique brand of MLB baseball team owner.  While some owners might have their team involved in messy divorce court proceedings, Veeck (“as in Wreck” as his autobiography so astutely put it) would do absurd promotion stunts (his ugly divorces very rarely involved the teams he owned).  As the last Baseball owner who was not independently wealthy, Bill Veeck had everything a true American could ask for.  A man who built himself from the ground up, lost a limb in the war, and caused a mass riot when he wanted to destroy as many Disco albums as possible.  Veeck was a man too great for embellishment, though we once heard that he could life a car over his head with one hand while juggling midgets with the other.  But only 3 midgets.  Like we said, we’re not going to embellish any of this.

So here’s the tale of the man with one leg and a love of midgets. 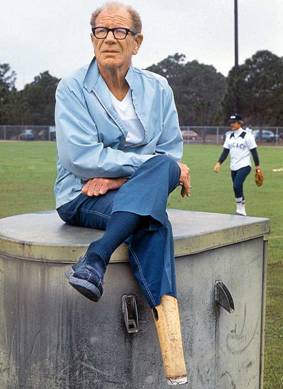 Bill Veeck was born in Chicago on February 9th, 1914 wearing clown shoes and giving the doctor who delivered him a promotional umbrella.  When Veeck was five years old, his father, William Veeck Sr., was a sports writer who became the President of the Cubs when, after he wrote a few articles saying he could run the team better than the current management, Cubs Owner William Wrigley, Jr. took him up on the deal and made him President.  This would never have happened today because A- everyone writes that they can run a team better than current management, B- 2011 is not nearly as ridiculous as 1919 was and C- there is a reason why the Cubs haven’t won the World Series since 1908.

When he was 13 years old, he came up with the idea to plant ivy into the walls of Wrigley (eventually doing this in 1937).  That’s right, Bill Veeck was so good at coming up with baseball ideas that he’s still responsible for bringing more people to Cubs games than Aramis Ramirez and Alfonso Soriano combined, and Veeck’s been dead for 25 years.

William Veeck Sr. died in 1933, leaving Bill to drop out of school (because, eh, who needs it) to become the Treasurer for the Cubs.  While there are no reports about him paying players in Monopoly money as a prank and then laughing when they notice, it’s fair to assume that was the case.  In 1941, deciding that working for the Cubs was kind of a bummer (We’re right there with you, Mr. Maddux) he purchased the Milwaukee Brewers, an “American Association” (read as: minor league) team at the time, arriving in the city with just 11 dollars to his name after the purchase.  It was here that the brilliant craziness of Bill Veeck began to shine.

Seriously, we love the fact that he used Disco to start a goddamn riot.

Veeck did a series of promotions, giving away live pigeons and even a horse to fans in attendance of the games, and once he sent a lucky woman home with a 200 pound block of ice (because every time you go to a baseball game, you damn well expect to need to carry home hundreds of pounds of frozen water.)  His partner and team manager, former Cub player and manager Charlie Grimm, had a birthday celebration at home plate, and Veeck had a newly acquired Lefty pitcher burst out of the cake.

Like a stripper.  Only it’s a professional ball player.  Goddamn it, maybe it truly was the greatest generation. 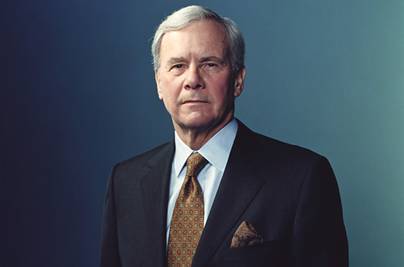 Shut it, Brokaw, no one likes a gloater

Speaking of greatest generation, though Veeck sold the Brewers for a $275,000 profit in 1945, he spent three years fighting in the War (doubleyou double two, you may have heard of it) where he lost his right leg as he was hit by the recoil of an anti-aircraft gun.  He got a wooden leg which he used as an ashtray.  Seriously.

Among the signings that Veeck made in his career that were groundbreaking (his plan to buy the Philadelphia Phillies in 1942 and stock it entirely with African-American players unfortunately fell through) included the first African-American in the American League, as well as the oldest Rookie in baseball history (Larry Doby in 1947 and 42-year-old Satchel Paige in 1948, both for the Cleveland Indians).

Being an American who used his own peg leg as an ashtray, it goes without saying that the man loved beer.  When he tried to trade a popular Indians player and was greeted by uproar from the local fans, he went from bar to bar to apologize individually for thinking of trading the man.  At least we assume he went to apologize.  By the tenth bar he was pretty incomprehensible. 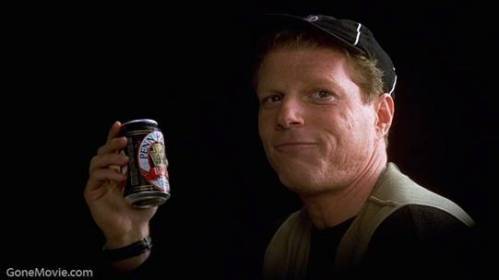 It’s also important to note that Veeck never had any issue with the morality of “cheating.”  This is best illustrated by the fact that Veeck, during his time as an owner at Milwaukee he constructed a mobile wall in left field.  When the opposing team was batting, he would keep it deep, and while his team batted he’d have the wall move in to make it easier to hit home runs.  Somehow that wasn’t illegal at the time.  Obviously it is now, but the only reason there is a law that says, “No, you can’t use moveable walls in baseball” is because Veeck decided to test that loophole.

He had to sell his obligation to the Indians because of an expensive divorce, at which point he remarried right away and bought the St. Louis Browns, a legitimately shitty team that was being run out of town by the Cardinals.  In 1951, he performed his most famous stunt (keep in mind, this is a man who once had a game where the crowd managed the team) was when he brought in a three foot seven inch midget named Eddie Gaedel to be a pinch hitter.

This wasn’t breaking a barrier or anything, Veeck just thought midgets were funny and dreamed of fielding a team full of midgets that go all the way through the order just talking walks.  Because this is America dammit, Gaedel wore a uniform with the number “1/8” and wore pointed elf shoes.  He walked on four pitches, since his strike zone was roughly the size of a baseball, and was pulled for a pinch runner.

Veeck really thought midgets were funny.  He went on to own the Chicago White Sox, start the Disco Demolition Night which was awesome because, let’s face it, we all love riots, and he came up with the idea for Harry “I’m so drunk right now where am I” Caray to sing the 7th inning stretch each game, which still happens to this day in his memory.

Yes, Bill Veeck was a crazy, reckless son of a gun.  And he was an American, true and true.