The American History of Clam Chowder 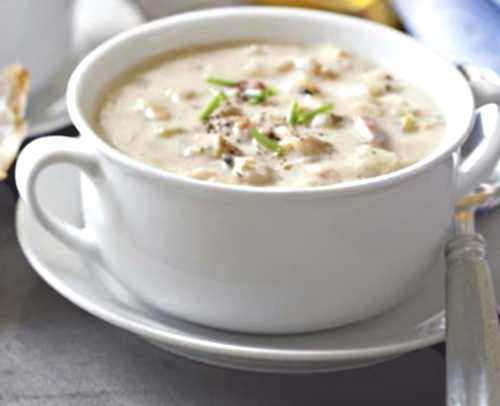 The existence of what we generally refer to as a clam is a simple one. They are small little mollusks that spend their whole life completely immobile until a human comes along, boils them alive, and eats them unceremoniously alongside literally dozens of its slayed brethren. Don’t feel too bad for them, though, because they’re delicious.

Okay, fine, if that’s not enough of an excuse, uh, let’s say…all clams are racist? Yeah, every clam is like, suuuper racist, like “you don’t feel safe when they start talking, and you’re like, Scandinavian” racist. Better? Yeah, fuck those guys! That’s why we have a duty, as Americans, to slaughter them in droves and cook them in rich, satisfying stews.

Clam chowder is a dish that even people who don’t eat clams still like and enjoy. If someone said, “I don’t like clams, they’re too rubbery, also that racist thing is still messing with my head” they would still see “clam chowder” on the menu and want to order it, despite literally half of the words in the dish being things they actively dislike.

That is because clam chowder, at its very core, is an inherently American dish—it’s not nearly as widespread as, say, hamburgers or pizza (sit down Germany and Italy we took the ball from you and ran farther with it, those are ours now) but it is one of the best soup options out there, especially for that asshole boss of yours with the shellfish allergy (just tell them that clams don’t count, and that promotion will be yours in no time!)

That’s why today we’re going to take a moment to set you aside, but a warm bowl of creamy seafoody cholesterol in front of you, and tell you about the history of one of the first American soups.

The American History of Clam Chowder