Six of the Strangest Erotica E-Book Genres On the Internet 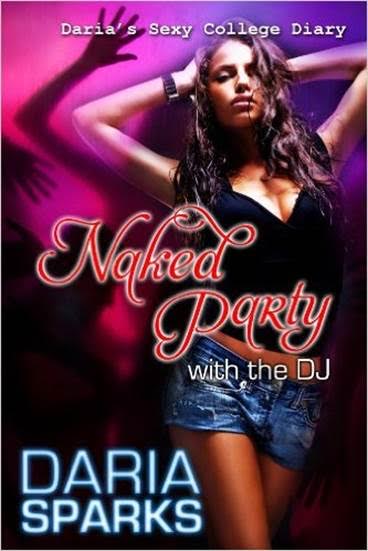 Sex—it’s a thing people have sometimes.

It’s also a thing that we tend to obsess over—when the cave men first realized they could draw representations of themselves on their walls the first thing they pretty much figured how to doodle was crude pictures of Ps going into Vs.  And as society has advanced, and pornography and erotica have become more common, our nation constantly finds itself trying harder (heh) to create some smut content that truly exists outside the mainstream.

Let’s face it—the internet is a massive pit filled with every single combination of naked writhing bodies you can imagine, which really leaves only one market available to explore the truly twisted and, well, fucking weird aspects of our own warped sexual impulses.

Six of the Strangest Erotica E-Book Genres On the Internet 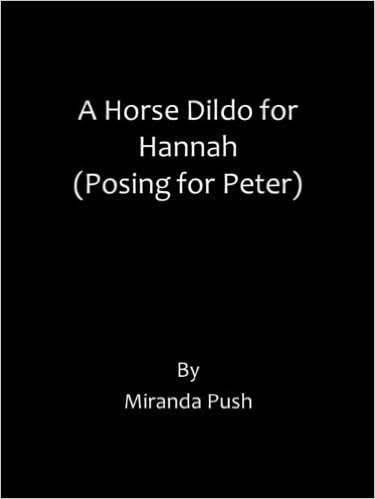 Now, certain well-traversed parts of the internet have, from a purely academic standpoint, delved into the online e-book smut peddling industry before, so we understand why these strange genres exist. Basically, the number of authors out there who specialize in describing attractive people boning is staggering, and if you want a chance to stand out you have to basically establish your own niche and wait for the handful of people who are way into that to become your loyal readers.

We don’t want to give a lesson in Rule 34 here, but no matter what you are talking about, there is someone that wants to read about it having sex, and thy would rather pay you money for you to write about it than have to use their own imagination. That’s just sexonomics. That’s a word we made up, feel free to use it.

When 50 Shades of Grey came out, it made E.L. James a millionaire many times over, became something that every single one of your moms (every fucking one) has had a tittering conversation with her girlfriends about, and singlehandedly kept dozens of Late Night Talk Show writers employed with a steady source of easy jokes.

But within this genre that is so pervasive you might as well reclassify it as “Erotica” and call everything else “Sex stories that don’t involve rich older dudes” we have a very specific group of people that really want to see full-on sex slavery.  So you find stories such as BUY ME (Mistress Auctions Book 1), which describes its plot as, “The Cortez brothers have found the one, and they’ll do anything to own her…including buying her.”

The blurb also includes the Warning “this ménage has two consumed brothers, a virgin selling her body, a Vegas casino, and a reality TV star trying to cause a scene” while also adding, and we shit you not, an Author note of, “Totally responsible for turning you on.”

There are a lot of “women being auctioned off” stories, such as BILLIONAIRE: BARGAIN, BILLIONAIRE: RANSOM, Auctioned: Fertile Innocence and Auctioned to the Alien, which managed to incorporate…Alien billionaires into the mix? We guess? Trust us, this is the most normal item on this list, so if you already feel like you’ve gone in over your head you might want to stop now.

But hey, if “virgin sex slaves” isn’t really your cup of tea, well your significant other probably appreciates that, and also you might be more inclined to be into… 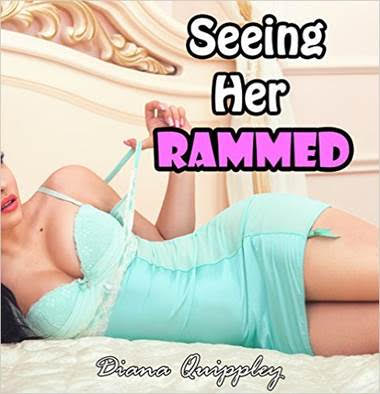 But in the right circles of Erotica, there are dozens, if not hundreds, of sexual Shakespeares who are writing specifically for those that want to read about husbands being actively cheated on by their wives.

We’re here to make fun of a kind of weird genre of Erotica, especially because every single book we found about cuckolding had the longest, most hilariously key-word searching title out there.

If you want to know where the alien comes into play in that last one, well, it’s about a husband who moves his wife to Mars to save their marriage, only Mars is filled with large-dicked Martians.  No, seriously.

Yeah, we don’t think we can really say anything to build on that either. Just, holy hell you guys. 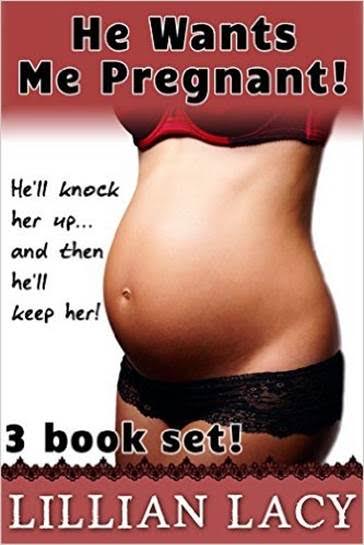 But because the internet brings all our fears into the light of day, there are not only books in the “fertility” genre such as the delightfully titled Do It Inside Me, you can even buy yourself the Seeded Bundle which is 24 fucking pregnancy erotica books.

Other titles include Don’t Pull Out Bundle (that’s a mere 20 books), the Stuffing the Princess Bundle (also 24 “Taboo Pregnancy” stories) and the We’re Going to Have to Take a Shower Once We Finish Writing This Article Bundle (we made that one up, please send help).

Step-Fathers/Step-Brothers So It’s “Technically Not Incest” 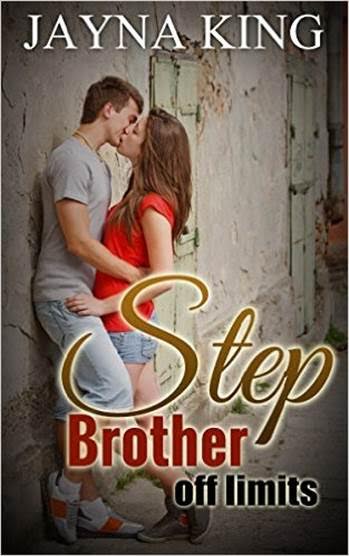 Anyway, Amazon decided enough was enough with the brother fucking, and they took away all the incest books, and people lost their shit. And almost immediately all these writers that were talking about cousins and uncles and what have you boning desperately began looking around for a way around this pesky rule before quickly settling on the perfect solution—Amazon has a problem with blood relations bumping deformity-creating uglies, but there’s nothing against step family!

Of course, where Erotica goes, the more niche the better, which is why, for whatever reason, authors seem to absolutely fucking love jamming (phrasing) other genres into these stepfather/stepbrother stories.

Want a little implied incest in your billionaire sex story?

Boom, Stepbrother Billionaire.  Or maybe you really want to go full bore and deal with some stepsiblings knocking each other up?

Okay, Step Pregnancy it is then.

Hell, we can take it into full what the actual fuck territory with EROTICA: MENAGE:  Cheating With Wolves (MMF Bisexual Ménage Collection).

Oh what’s that? Where do wolves come into play? Well…

Again, because the fascists at Amazon don’t really let you depict full-on bestiality, the Kindle writers of the Internet had to find a way to show some sweet animal boning action, and they decided it would be best to just start writing books where humans could change into animal form and then get jiggy with it.

At this point we feel that we need to remind you that, yes, these are all sex books, and no, we didn’t read them to figure out how that is even humanly possible.

The shapeshift genre also includes your standard “people who morph to look like other people in order to bang someone, which by the way is totally technically rape” and vampire tropes, but it’s also where shit goes off the rails.  Apparently people like to fuck animals, since an audience exists for Pleasured by the Panther and The Lion’s Queen (that one is a military romance to boot).

But as weird as this is, and it is truly weird, nothing is weirder than the genre that, as far as we can tell, was almost entirely created by one Christie Sims, who has written hundreds of books that involve women having sex with… 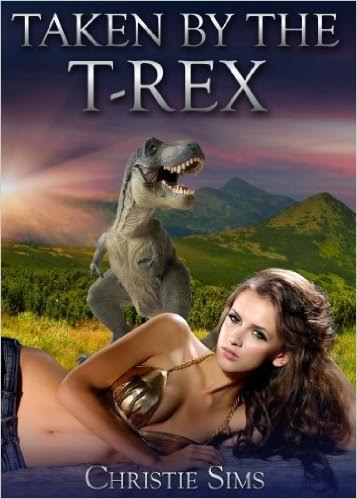 Mother. Fucking. Dinosaurs. We don’t know what to feel about ourselves as a society secure in the knowledge that there are hundreds, literally hundreds, of books that people pay money to read that involve dinosaurs with psychic powers and the women who have sex with them.

Naturally, there’s a whole slew of alliteration titles, even though it seems like there are about a dozen books each of the more well-known dinosaurs (apart from the potent T-Rex subgenre, there are a bunch of variations of Ravaged by the Raptor and Ravished by the Triceratops out there, in case you wanted to adjust your nightmares accordingly tonight).

Now we can look at this in a few ways.  On one hand, we can maybe come to the conclusion that we as a nation might not be mature enough to have our own fully formed genitals, and maybe we should take our junk away for a bit until we’ve grown up a bit more.

But on the other hand, maybe these people in exploring sexuality in a hilariously absurd way aren’t really hurting anyone, and might even be bringing a small amount of warped joy into the lives of some very lonely people, and maybe we should applaud them for their, um, creativity. 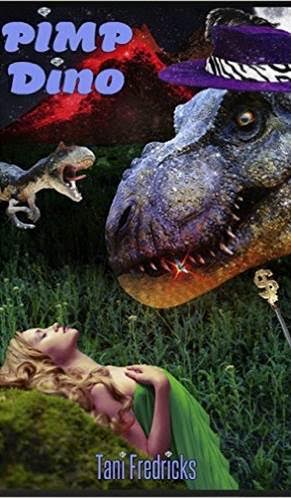 Nope, never mind, we’re taking away everyone’s genitals, trust us we’re not happy about it either but you’ve left us with no choice here.