Otto Frederick Rohwedder and the Invention of Sliced Bread

~Literally every single salesperson you have ever met, every goddamn one 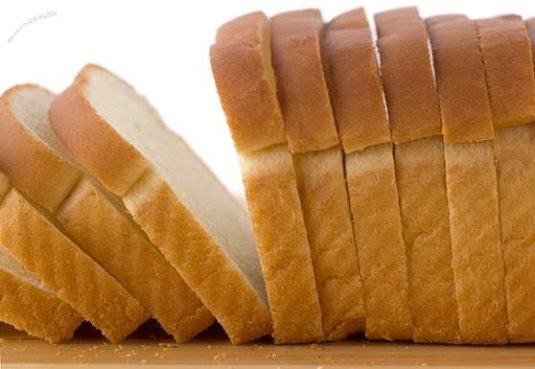 We take a lot of the simple things in our lives for granted. That’s just human nature—if something doesn’t look difficult, or inherently present itself as some technological triumph, we tend to assume that these have always existed.

We can marvel at the technology behind, say, a smart phone, but overlook the fact that the first calculator was made in 1959, looked like this, and was able to compute less than your smart phone’s calculator app.

We’re going about this in a roundabout way, but the moral here is that many assume sliced bread has been around since, oh, roughly the same time as bread and knives co-existed, when in reality it’s a 20th century phenomenon.

Yes, sliced bread was first packaged and sold in 1928, and it is an American invention. Specifically, by an enterprising Midwesterner who devoted over ten years of his life to designing and perfecting a machine to slice whole loaves of bread at once to ensure that we would forever be able to take an arduous step out of the process of making toast and sandwiches. That man, nay, that hero, was Otto Frederick Rohwedder, and this is his story.

Otto Frederick Rohwedder and the Invention of Sliced Bread 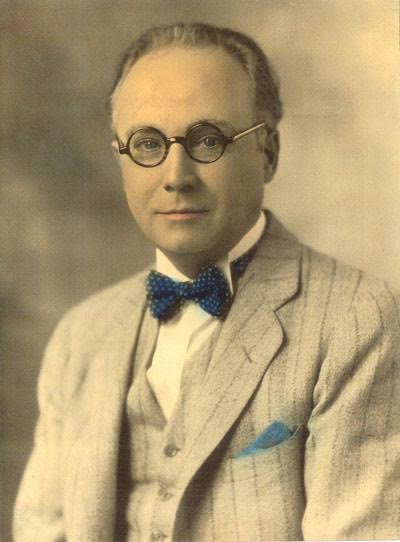 Otto Frederick Rohwedder, or Otto Redenbacher as about a dozen of you will incorrectly refer to him in the future, was born on July 7th, 1880 to German immigrants in Davenport, Iowa.

His father was a knife, and his mother was a stalk of wheat, or at least that’s how we imagined them in a political cartoon we tried to draw on Rohwedder that didn’t turn out that great and honestly was a bit overambitious of a project to undertake considering we have no actual artists on staff.

Anyway, growing up he became the apprentice to a jeweler, while also receiving a degree in optics in 1900 from the Chicago school now known as the Northern Illinois College of Ophthalmology and Otology, which you might recognize as two careers that have fuck-all to do with building machines that slice bread.

In 1905, Rohwedder married Carrie Johnson and the two settled in St. Joseph, Missouri, a town that at the time had 100,000 people, which apparently was more than enough to justify that he open not one, not two, but three separate jewelry stores in the city.  However, Rohwedder dreamed bigger than jewels and…ry.  What else do you sell at a jewelry store? Doesn’t matter.

The point being, Rohwedder spent his idle time inventing new tools and machines, and during this time he began to ask himself if it was possible to find a way to bring sliced bread to the masses.

You see, up until this point, bread was served in whole loaves and sliced when needed in order to preserve the freshness of the bread.

In talking to housewives in the area (“what are you doing talking to all these housewives during the day?” his wife Carrie would certainly have been understandable asking) he discovered that slicing bread was a real pain in most of their asses—it took time, effort, and occasionally would lead to cut fingers because you try spending your day sitting at home and cutting bread without helping yourself to a bottle of wine or two.

So Rohwedder put together a questionnaire, and received answers from over 30,000 housewives about their bread desires and needs, which again is a very strange thing for a jeweler to be doing.

This just confirmed the strong demand for sliced bread, so he sold his businesses in 1916 and immediately set out to build a prototype of his slicing machine, which seemed to go pretty well until a warehouse fire in 1917 destroyed both his prototype and all of his blueprints. It took him a full ten years before he had another viable bread slicing machine.

The machine he eventually settled on was far superior than his previous design. His original design, in order to solve the freshness problem, inserted large hair pins into the bread to keep the pieces from separating, but led to both sloppy-looking loaves and, well, massive hair pins jammed through your bread.

His second prototype, however…well, there were still pins, and it was was still sloppy, but it was a neater product as the machine also wrapped the bread. In fact, early ads offered instructions for eating sliced bread that consisted of opening the wrapper at one end, pulling out the pin, and removing as many slices as desired.

The machine created by Rohwedder used a conveyer belt to take whole loaves of bread through a series of knives that alternated between moving up and down to slice the bread uniformly, and actually thinner than most people were able to do on their own.

When a few baking companies balked at the expensive and bulky (it was about five feet wide and three feet tall) machine the struggling Chillicothe Baking Company in Chillicothe, Missouri was the first to try out one of the machines, using it to package and sell “Kleen Maid Sliced Bread,” a name that you are absolutely allowed to roll your eyes at. 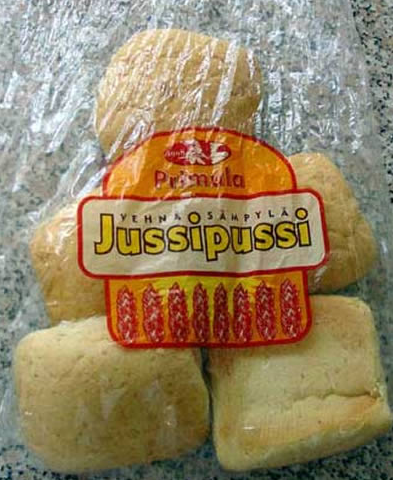 Though it’s not the WORST bread product name.

The….ugh, “kleen” “maid” bread became a phenomenon, with sales for Chillicothe Bakery going up 2000%, and full page ads championing it as “the greatest forward step in the baking industry since bread was wrapped.”  Rohwedder would hold seven different patents from 1927 to 1936 in various methods to slice and handle bread, and very quickly the pin was removed from the process entirely, instead replaced by a wrapping method that used a cardboard tray to align the slices before wrapping.

While that later innovation was made by the unfortunately named St. Louis Baker, Gustav Papendick, Rohwedder’s bread slicing machine would soon be found across the nation, starting with Wonder Bread (yes, that Wonder Bread) selling sliced bread on a national scale starting in 1930.

Slice bread literally became so popular that, in 1943, it was made illegal in the United States in order to support the war effort.  This was either because they wanted to preserve wheat, which had gone up 10% in price, save wax paper, which who really gives a shit, or to use the iron in the machines for the war effort, which didn’t really affect pre-existing slicing machines.

After a huge outcry from the public, the ban was lifted after about two months, because the only thing more American than sliced bread is American’s bitching about being asked to slice their own goddamn bread for a change. 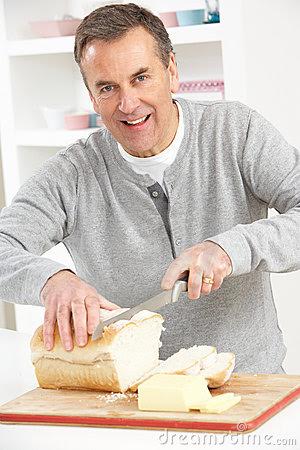 Sure he’s smiling, but behind that smile is barely-concealed murderous rage.

As for Rohwedder, he sold his patent rights to an industrial machining company in Bettendorf, Iowa in 1933, the same year that American bakeries made more sliced loaves than unsliced loaves for the very first time.

He stayed on with the company, Micro-Westco Co., and eventually became the vice-president and sales manager of their Bakery Machine Division.  That seems like a bit of a step down from “Sliced Bread Inventor” but hey, it’s his life he can live it the way he wants.

Rohwedder retired at the age of 71 and spent the rest of his days in Albion, Michigan with his wife, one of his daughters, and one of his sisters until 1960 when he passed away at the age of 80.  He left America a better place than it was when he entered it.

So the next time you make yourself a sandwich, or you stumble, hungover, to the kitchen to spend 5 seconds getting a piece of toast ready, thank Otto Frederick Rohwedder, America’s sliced bread champions.