More of the Goofiest Baseball Player Names Of The 19th Century

A few weeks back, we posted an article where we dug around the annals of Major League Baseball lore for the all-important purpose of laughing at silly names.  And ho boy, were there a lot of silly names to be found.  So many in fact that we couldn’t stick with just a single article.  Yes, there are more names that, either by a lack of parental foresight or the wanton cruelty of their teammates, are hilarious to our perpetually adolescent minds.  Sure, a lot of them are nicknames, but this was during a time where a player’s nickname actually went on his box score.  These people are remembered by as having these names, which we find delightful, because these names are goofy as shit.

More of the Goofiest Baseball Player Names Of The 19th Century 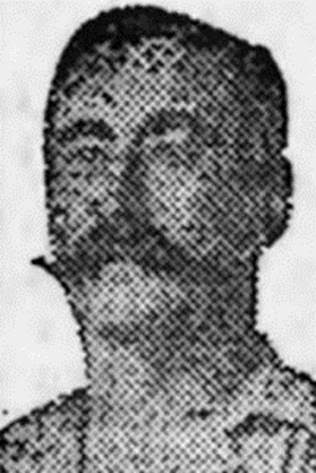 Yes, that is his real name.  No, we’re serious, it totally is.  Bill Goodenough is the lowest self-esteem we’ve ever seen appear in name form.  How does that last name even come into existence?  We imagine it would have to be a hilarious Ellis Island story, right?  Like, his family came over, they asked his grandfather what his name was, he said something Eastern European with a lot of Zs, the guard (wait, Ellis Island didn’t have guards, what would you call them?) would be like, “Zwwquezeski?”  The grandfather said, “No,” the guard (it’s not a guard, dammit, but you get the picture) would try again, and again, until finally the grandfather would shrug and say, “Good enough.”  And boom, you just got a hilarious last name out of that, grandfather of Bill Goodenough.

And if you’re wondering if Bill Goodenough was “good enough at baseball”, first of all you’re desperately unoriginal and that sickens us, but secondly, no.  Not at all.  He played one season in 1893 for the St. Louis Browns where he batted .161 with 2 RBIs.  Bill Goodenough wasn’t even Bill Justokay.  Boom.  In your face, guy who’s been dead for over a hundred years.

First off, look at that picture.  That picture is a thing of beauty.  That picture got you pregnant, and you’re keeping the baby. We love everything about that.  And his name is Ducky Hemp!   William “Ducky” Hemp was good at two things—having his nickname be Ducky, and posing for a picture while asking you to paint him like one of your French girls.

He was not very good at baseball, however—he played two of his seven seasons in the Major Leagues, where he accrued a grand total of 5 RBIs to go with his robust .214 batting average.  Actually, we’re really mad he hit that high.  If he batted .200, we’d have the Ducky Line instead of the Mendoza Line.  Baseball, you just missed out on having a far richer lexicon.  You fools.

His name was Edward Benson Lytle, but he was known as both Dad and Pop in his short, short career.  His Baseball Reference page puts his name as Dad, which we will accept because Dad is both a hilarious and supremely weird nickname to give a baseball player.  We straight up have no idea how he got his nickname—while he played 12 seasons of minor league baseball, he only managed to get himself in about 16 games at the Major League level, but even at that point he was 28, so it wasn’t like he was an old timer.  But for some reason, a career .136 batter who, in his first game, and we are not making this up, played left field only to throw the ball to the second baseman every time it came to him, no matter what the situation was, had enough of a fatherly presence that his teammates referred to him as “Dad” with enough regularity that he will be referred to that on the internet until the sun explodes us.  Our only regret is that he was never teammates with… 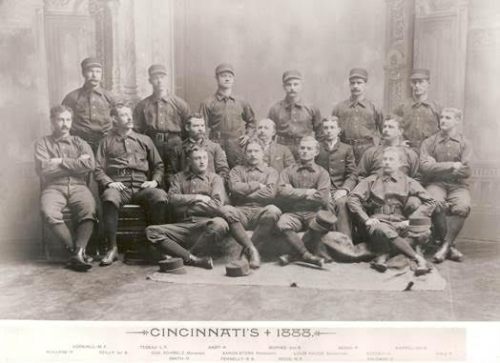 We couldn’t find a picture of Walter “Mother” Watson, a man who pitched two games in his entire career.  All we know is that his nickname was “Mother” and that he was murdered at the age of 33…oh Jesus.  Okay let’s focus on…his nickname.  Heh.  Mother.  That’s a silly name to have.  What a silly name, Mother Watson.

Okay, we’re spiraling here, there’s only one way that we can right this ship…

Cannonball Titcomb.  Names are wonderful.  Don’t let us say we’ve never done anything nice for you with this little gem right here.  Cannonball.