Money From America’s Past

“Am I allowed take a bath in all the printed money before we send it out?”

Many people believe that “money makes the world go round” (of course the American thinker Greg Galileo would tell you that Atlas’ rippling shoulder muscles make the world go round, but we digress) but what they of course mean to say is that American money can get you anything you want.  Panama, Ecuador, and El Salvador all actually use America’s money as their own currency, and American currency has always been the strongest, most stable currency in the world (and for those of you saying that the dollar is “weak” and that “Canada’s dollar is now more valuable” we say…shut up shut up we can’t hear you lalalalala).

But as badass as American money is (shut up, European Union) American dollar bills from the past were even more badass.  How could they be more badass than what we have now, you might wonder.  Hell, our cheapest dollar bill still has George Washington’s laser vision on the damn thing.  Was earlier currency worth, like a billion dollars? 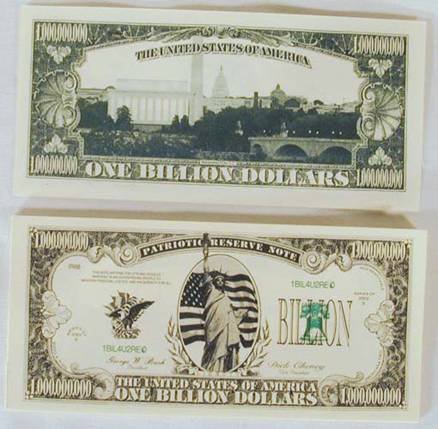 Okay maybe not so much, but early dollars featured sideboob and electricity, which our current bills are sorely lacking.  That’s why we’re going to take a glimpse into the past and examine…

Money From America’s Past

While we are all aware of the various dollar bills in circulation currently (we once saw a twenty dollar bill.  With Andrew Jackson!  We pretty much felt like how we’d assume Donald Trump feels most days) our bills have nothing on past currency.  While our research staff is too lazy (read as: hungover) to try to go about this thing chronologically, we at least have been able to determine that the following five dollar bill is from 1896, which helps prove our theory that 1896 really knew how to party.

Holy bi-focal spectacled Jesus, America.  Do you see what we’re seeing?  We got a topless chick with wings and a cape (why does she need both?) holding onto a light bulb and standing next to another topless chick who is blowing on a four foot long horn.  To their right is a woman randomly falling down on the streets near the Capital Building, and on the left some dude is riding the most pissed off looking horses we’ve seen in our lives.  One of the “5s” has a bigass V in it for some reason or the other, and everything’s covered in vines.

Granted, in 1893, five dollars was the equivalent of 129 bucks today, so it makes sense that you’d have some badass designs for such a valuable currency.  But honestly, if you took this image, removed the part that says its money, and colored in the images, it’d pretty much be the cover of a Hair Metal album.  I don’t think they even had a president on the other side, it was just a circle that said “Don’t fuck with America.”  1896’s other dollars were less glorious and a lot weirder.  And by weirder, we mean “show us on the doll where the bad lady touched you.”

The ass.  The bad lady touched you on the ass.

That being said, if you stick with 5 dollar bills, you can occasionally get some badass stuff like this.

Haha, we don’t know what the hell is going on here but we love it.  The middle looks like some family standing still while their dog is barking and going absolutely insane, and to the right, Andrew Jackson is just…watching them.  Have you ever seen a dog that gets freaked out by lightning, and the dog’s response to the lightning is to turn away from the windows and start barking in the opposite direction as where the lightning is coming from?

Andrew Jackson is the lightning in this case.  We don’t know what he’s going to do to that family, but it’s probably going to involve liquor and ass kicking.  Yes, currency is at its best when you’re allowed to assume that a fight is about to break up.  Case in point.

While we’re absolutely loving the flying eagle clutching the American flag in its deadly talons, the fact that both Grant and Lincoln are on this bill gives us the impression that this is the billing for the most epic fight of all time.  Sunday Sunday Sunday, two presidents enter, one president leaves, Abraham “The Emancipator” Lincoln versus Ulysses “Where Are My Pants” Grant in a showdown for the ages.

Holy shit we want to see that right now.  People who are good at the internet, use your internet to make that happen.  It can be animated, we just need it to exist.

That’s right, America, our money toes the line between “creepy and insane” and “badass” like no others.  Well, except for maybe certain European currency when you fold it…

…Heh….heh.  America, we think we’ve found a design for our next dollar bill.

This entry was posted in Strange America. Bookmark the permalink.