The Fenian Brotherhood: Invading Canada, From America, For Ireland

For years, we’ve treated Canada like our polite, little brother to the North.  They’re friendly, they send over some comedians we like, and excluding the time they killed the Baldwin family in the South Park movie, they’ve been an adequate ally and neighbor.  We tend to forget that they’re technically still a Commonwealth of England, with the Queen on their currency and everything, but we don’t really care about that, since we’ve not really had a beef with England since they burned down our White House and we were forced to replace it with a much more kickass presidential residence.

Now, while Canada has never really done anything wrong by us, England does have its fair share of people pissed off at them.  Like, say, the Irish.  Oh yeah, the Irish have a very sticky history with England and, well, there’s no nuanced way to say this so we’ll just spit it out—a bunch of Irish Americans invaded Canada as a “fuck you” to England, which is just about the closest we as a nation has come to invading Canada since the early 1800s.  So that’s a thing, a thing that happened, in history.  Let’s talk about it.

That One Time the Fenian Brotherhood Kept Invading Canada From America 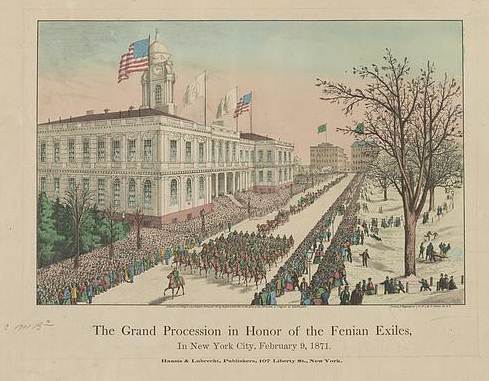 In 1858, John O’Mahony and Michael Doheny, two Irish-born immigrants who fled to America after partaking in a failed 1848 revolution against England, decided against the logical course of action of becoming a Irish hip hop duo called “Doheny O’Mahony” and instead founded an Irish Republican organization called the Fenian Brotherhood.  The Fenian Brotherhood, which would eventually turn into Clan na Gael, a sister group to the Irish Republican Brotherhood, wanted Ireland to be independent, the Union Act of 1800 to be removed, and, probably, whiskey for everyone.

When trying to figure out how a group of Irish-Americans could secure a free Ireland, we have to imagine the meeting was pretty short.  They could have sent an angry letter, but England was really shitty about returning messages.  They could have tried not invading Canada with some 1000 to 1,300 people after looking at themselves and saying, “Huh, this probably won’t work, also, attacking Canada won’t do much good for Ireland at the end of the day.”  Or, or, they could have done the opposite of that last thing we said, and just gotten weird with it.  That’s, uh, that’s the one they did.

The Fenian Brotherhood, over the course of five years, launched five separate raids on Canada, all of them ending in failure.  Somewhere between 45 and 55 Canadian and British forces were killed in these engagements, versus 12-15 casualties for the Fenians, which as far as “invasion of an entire fucking country” goes seems less like a “full scale incursion” and more like “were these fatalities from actual battles, or was it more like, a few soldiers were allergic to peanuts and they didn’t think the rations situation through enough?”

That being said, the first invasion of Canada by the Fenians came in 1866, when a group of over 700 went to the shores of Maine hoping to capture the island of Campobello from the British.  That is, until a British goddamn warship with 700 British regulars decided to go to Passamaquoddy Bay, were the Fenian “army” was located, and they got the fuck out of there, possibly while saying, “Oh shit man, this got way too real.”

At that point, John O’Mahoney and other members of the group split off into their own faction, focused on raising funds for rebels in Ireland, which you might recognize as an infinitely more effective way to support Irish independence than invading Canada for no particular reason. 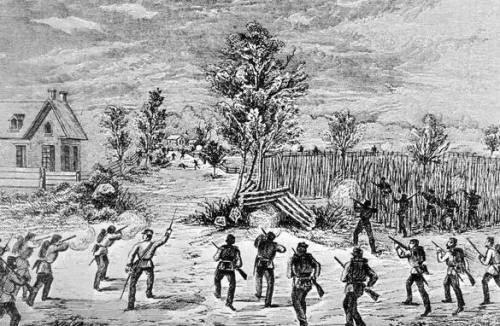 “Take that, you British scallywags!”

We’re not British, we Canadian!

“It’s all the same to us, you’re stifling the independence of Ireland!”

We don’t even know where Ireland is, please stop shooting at us.

Now at this point, you might ask yourself how it was possible for an army of over a thousand people was able to arm itself and prepare a land invasion comfortably within the borders of the United States.  Hell, if we wrote an article claiming that we had an army of 15 people ready to invade, say, Costa Rica (because they don’t have an army, the fools) and if we came off as sincere enough we’d be…oh why, hello officer.  No, no, we’re not actually invading anywhere, and no we don’t have guns, we were, uh, we were just writing a joke.  We’re so sorry for the confusion.

It’s called Manifest Destiny, get used to it.

The point being, if you’re curious as to how this army was able to build right under our noses, well…we probably let it happen.  Like, here’s a New York Times article from before the first invasions that basically says “Yeah, these guys are probably going to invade Canada.”  We’re not saying we encouraged it, but let’s just say that this happened right after the Civil War, a war that many Canadian territories (Canada wasn’t made an actual united nation until 1867) at least appeared like they were supporting the Confederacy over the Union throughout the course of the war.  So it’s entirely possible that America, still a little annoyed that Canada wouldn’t take their side, might have noticed the Fenians going around, getting guns, and talking about invading Canada, but didn’t really feel like warning anyone about it.

There were four other attacks on Canada led by a faction of Fenians that believed a marginally successful invasion of British North America would give them leverage on Ireland’s behalf because it was three in the afternoon and this whiskey isn’t going to drink itself.  They made General Thomas William Sweeny, a former Union general, their “Secretary for War” and sent an army of over 1,000 Fenians across the Niagara River on June 1st, and ambushed the woefully under-equipped and under-trained Canadian militia in the Battle of Ridgeway, a fairly decisive Fenian victory, followed by an additional victory at Fort Erie.  At this point, they realized that an American warship had cut off their supply lines, so they decided they might as well give up, releasing their Canadian prisoners and surrendering themselves to American forces (who presumably scolded them in the manner that a father might scold his high school son for going out to a party and getting drunk and fooling around with a girl—that sort of “young man we’re disappointed in you” with a slight tone that implies that, at the end of the day, he’s not that mad). 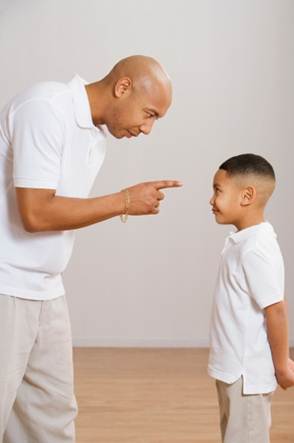 “Now, you should know better than to go out and invade Canada.  We have rules in this household, young man.”

This invasion did little to assist the Irish independence movement (because, why the fuck would it?) though it did help shift Canadian popular opinion in favor of confederating into one single nation.  So, hey, all it took was a haphazard Irish invasion from America to get Canadians to decide they want to be their own country.  “Fine, we guess we’ll become a single nation, if these Irish Americans are going to keep shooting at us for no reason,” was, we’re assuming, the Preamble to their Constitution.

The Fenians never mounted anything nearly as formidable in their ensuing raids, which presumably involved playing the song Yakety Sax in the background.  In 1866, they decided to focus on Eastern Canada, and invaded Pigeon Hill with around 1000 men before the Canadian government actually decided to defend the border.  When Canadian troops showed up, the Fenians realized, “Oh shit, we are super low on weapons” and promptly surrendered.  The invasion lasted one full day. 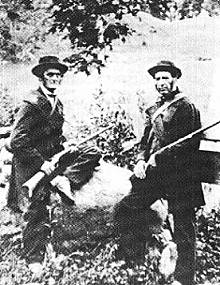 The last two raids occurred four years later, with the Battle of Eccles Hill in the Montreal region being easily turned away with no casualties among Canadian forces, followed by an 1871 Pembina Raid that didn’t even mange to make it across the border into Canada—their force of 35 (yes, just 35) captured a Hudson’s Bay Company post they thought was in Canada, only to find out that they underestimated the border by about two miles.  The U.S. Army quickly captured them, and didn’t even bother to charge them with invading U.S. territory.  They just let them go, probably under the little-used statute of, “Man, we just feel kind of bad for you guys.”

Eventually, the Fenian organization petered out, and most of their accomplishments are measured in how they effected Canada, not Ireland.  They pushed Canada into uniting as a single nation, caused them to reshape their militia training techniques, and helped Canadians develop a nice healthy annoyance at America for seemingly tolerating the raids, and also for giggling when Canada was complaining about the Fenian Army attacking them all the time.

But at the end of the day, the most important thing to remember from this comically doomed endeavor is that a bunch of Irish Americans used to invade Canada like it was some sort of hobby, and we think that’s wonderful and kind of hilarious.

God bless, Fenians.  Have a drink on us.