~The East Coast during an Earthquake 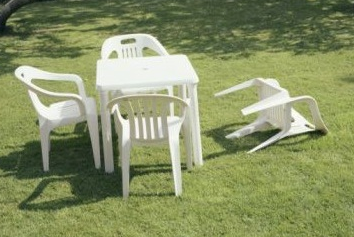 This Wednesday, the East Coast was rattled by a 5.8 magnitude Earthquake, leading to hilariously glib twitter responses and a series of smug “you call that an Earthquake?” responses from West Coasters who would begin screaming in terror if they ever saw more than a half an inch of snow.  It caught everyone by surprise, and New York flocked at the chance to shout, “ME!  ME!!  MEEEEE!” and bask in the media attention.

Of course the offices of AFFotD were hit by the Earthquake, but you didn’t hear us bitching about it.  That’s because we knew that fucker was coming.  “Oh, but AFFotD, how is that even possible and” yeah yeah, shut it.  We know things.  We’re like the goddamn animals in the Washington D.C. zoo.  So we know this shit.

Anyway, long story short, we have an Earthquake shelter.  Yes, it’s awesome.  Yes, we will show it to you.

So come on down to our Earthquake bunker.  When we sense an Earthquake approaching, we just go down here and, well, drink.  Here’s what you see as soon as you enter.

The doors up ahead take you into the actual “shelter.”  To the right are generators for electricity, and also our sills for making moonshine.  You might be saying, “I like how you kept the exposed bedrock to the left, it adds a rustic charm.”  Uh.  Yeah.  About that.  That was just us being…uh…lazy.  And if we get hit with a bad enough Earthquake, it’ll probably all collapse in there and make this entrance unusable.  But we don’t really care because, you know.  Lazy.  America.  So sleepy. 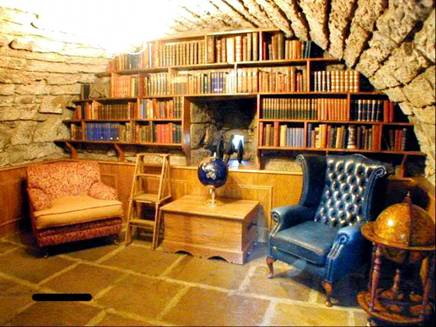 When you enter through the doors, you can look to your right to see our kindling closet.  All of that is used for burning.  Seriously, books are just the worst. 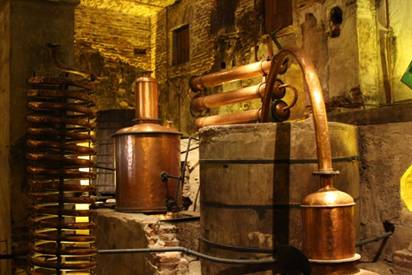 We have alcohol distillers everywhere.  There’s more alcohol in our bunker than in all of Yemen. Granted, you’re not technically allowed to have alcohol in Yemen, but it’s still impressive.  If we’re going to wait out an Earthquake, and the subsequent few days of annoying media over-reaction, we’re going to want to get sloppy drunk.  That’s also why we installed this down here.

A giant awesome arcade.  Because some of us grew up in the early 90’s and we get nostalgic as shit for games that require quarters.  We have the Simpsons Arcade Game, you guys!  We know, we’re pretty excited about it too.  And, you guys, we got Ninja Turtles IV: Turtles in Time.  We got that shit, guys.

We know what you’re thinking at this point.  “Yeah, AFFotD, you’ve got a kickass arcade, a suspiciously narrow golf course, and enough alcohol to bring Amy Winehouse back from the dead.  I get that, but what it…”

You’re worried about an Earthquake unleashing a bunch of pent up buried zombies?

Oh we got our Zombie contingency plan fucking covered.

We know, right, there’s so many guns there that no man can feel inadequate when standing in that room.

“No, I was going to ask what you’re planning on doing for water.”

…Well, we have the booze.

“Yeah, but you need water to…”

Okay, hypothetical reader, you’re clearly just being an idiot for argument’s sake, we’re carrying on.  Which brings us to the final part of our Earthquake Shelter tour.  No, we’re not going to show you the indoor pool filled with Goldschlager.  Or our dozens of movie screens that screen American movies such as Die Hard and Robocop on a loop.  We mean, that’s all there, but we want to at least save some element of surprise for you all.

So we’ll end this by showing you our giant mountain of bacon we prepared just for our Earthquake shelter.  A mountain.  Of bacon.

Now we just can’t wait for the next Earthquake to hit.  It’s gonna rock.